Gazprom assigns up to $10 billion for new investments every year

Gazprom plans to continue its triumphant conquest of the world. The Russian gas monopoly particularly intends to enter the British energy market. Gazprom may not wait for the completion of the North European Gas Pipeline and start buying large oil and gas companies on the British Isles. 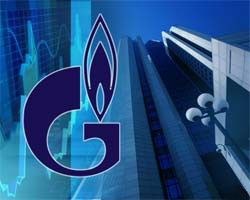 The construction of the North European Gas Pipeline has already been acknowledged as one of the largest projects of the Russian gas monopoly, Gazprom. The implementation of the project will obviously improve the company's positions on the European market. Gazprom currently intends to takeover a large British energy enterprise, Scottish Power. The sum of the transaction may exceed ten billion pounds sterling (about $18 billion), The Guardian wrote. As a result, the Russian company will carry up to 20 percent of gas imports to Great Britain by 2015.

Scottish Power appeared in 1990 instead of the former regional energy department in Southern Scotland as a result of the fuel reform in the country. Scottish Power is currently rated as one of the leading enterprises in the British public utilities sector. Gazprom is not the first corporation, which eyes Scottish Power. Germany's energy concern E.ON had plans for the British company last year too. The talks failed in November 2005, when the Board of Directors of Scottish Power considered the deal unprofitable.

One of the world's largest gas suppliers acknowledged that the conflict with Ukraine regarding the gas transit conditions showed a negative influence on its image. The Gazprom administration believes, though, that the company's reputation suffered because of the different interpretation of the Russia-Ukraine dispute in the West. Western media described the standoff as a 'cold war' between the two countries. The conflict with Ukraine received an extensive coverage in the West; the issue was raised during the recent official meeting of President Putin and German Chancellor Angela Merkel. The scandal raised certain concerns with the British administration as well. British Secretary for Energy Bryan Wilson warned the government about the dangerous partnership with Russia.

The price of a 1,000 cubic meters of natural gas in Europe makes up $250. Kiev was paying not more than $50 for the same volume of fuel. Alexander Medvedev, a spokesman for the Gazprom administration said in an interview with The Guardian that Great Britain had nothing to worry about: there would be no hold ups with the gas deliveries. “We run serious business in Great Britain with large industrial partners and energy stations. We intend to hold 20 percent of the fuel market by 2015,” Medvedev said.

In spite of the fact that Gazprom does not deliver its fuel directly to consumers the way that British Gas does, the Russian corporation does not exclude certain changes at this point. “It would be highly complicated to start with small retail sales. Taking over other companies would be a solution,” Medvedev said.

Scottish Power delivers fuel to five million British customers. “We are considering such an opportunity. Scottish Power is a large company indeed, but we do not have any certain plans about it on the moment. However, if Gazprom acquires this company, it may obtain a direct access to the British market,” Alexander Medvedev said.

Gazprom may also purchase a large oil company in Great Britain. Gazprom assigns up to $10 billion for new investments every year. It will not be a hardship for such a wealthy Russian corporation to find more money for further development.

The intentions of the Russian gas company have raised concerns with several British politicians. On the other hand, Great Britain is on the verge of an energy crisis. An offer from Russia may come in handy for the country at this point. In the meantime, the British government is going to discuss the problems of the national energy industry and consider the prospects of constructing nuclear power plants of the new generation. Many British officials believe that the nuclear industry may save the nation from its dependence on imported fuel, natural gas in particular.