The Russian Ministry of Economic Development believes the Russian per capita GDP will reach 30.000 USD by year 2020. In the same period, the Russian part of the global economy will increase from the current 2,6 percent to 3,4 percent, a new prognosis from the ministry states. 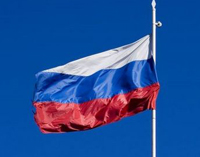 If the development scenario from the ministry becomes reality, Russia will within less than 15 year reach the average living standards of the EU.

“The strategic goal is the return of Russia among the world’s leading economic powers”, the reports reads. The authors believe Russia has the opportunity to by 2020 become one of the five strongest economic powers in the world. The success is however conditioned by stable oil prices varying between 49-58 USD per barrel (Urals).

According to the report, Russian oil production will stabilize at about 530 million tons per year, while gas production will surge to an annual 900 billion cubic meters. Meanwhile, Russian exports will increase rapidly to about 516 billion USD by 2020.

According to RIA Novosti, the report also highlights the importance for the economy of influential and active civil society structures.

According to some of the figures in the document, Russia's annual GDP growth will average 6.6-7.1 percent until 2010, while inflation will gradually recede to 3 percent. In the long term, the tax load is expected to decrease consistently, as will also export duty proceeds as related to GDP.

The Economy Ministry predicts the current account balance to show a deficit as early as 2010, and trade in 2011. Meanwhile, the gap is expected to be narrow, and could easily be compensated for by capital inflow, rbcnews.com reports.