After a short period of euphoria over lots of money spent by the Russian government on the 5th generation combat aircraft (PAK FA), principally important for the national economy and defense, First Vice-Premier Ivanov had to personally interfere into the project not to let it down. In mid May "Saturn", the head developer of the PAK FA’s engine, declared in the media that it suspends the work on the fifth generation engine allegedly due to the absence of the corresponding contract with the MoD, but in fact due to the lack of financing. 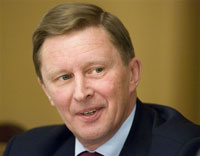 At a special press conference "Saturn’s" technical director and general designer Michael Kuzmenko stated that "Saturn" won the tender of the MoD, but so far no contract was concluded. «The works on the engine are actually suspended», - he said. It goes without saying that without the support from the govt the project is not viable. According to different estimations it costs about 5,5 billion RUB.

"Saturn" is assisted by a group of companies (UMPO, "Motor" (Ufa), "Aviadvigatel" (Perm), "Klimov" (St.Petersburg), "Soyuz" (Moscow), VIAM, CIAM, CAGI), who have respective contracts with the head developer, but own money of all together is not enough to finish the work. Noteworthy, Moscow based "Salut" develops the 5 generation engine of too. The company has significant successes in this direction. Unlike the competitors from Rybinsk the Moscow made engine in its first stage of modernization is already installed on serial aircraft. And although today the chances of "Saturn" (at least formally) look more preferably, it is still a big guessing game who will win the race. What is clear today is that PAK FA will take off in 2008-2009 with the engine which will be further perfected in the process of the flight tests. Before no one of the competitors will be able to provide the "end-product" – “product 117” of Saturn or AL-31F-M3 of "Salut".

While "Saturn" was trying to draw attention of the government to its problems, which it did, because PAK FA became the main point of the agenda of the Military-Industrial Commission (MIcom), "Salut" brought into the media its achievements. According to "Salut’s" general director Yuri Yeliseyev the company already tested a number of elements of the 5 generation engine, including the nozzle. In May "Salut’s" engine demonstrated the thrust of 15,3 tons. “Product 117” of "Saturn" is designed for just 14,5 tons thrust. As before, "Salut" tries to divert the attention of the observers from the «head developer» status, which the competitor has and to concentrate on the stage of the ready demonstrator when only the de-facto best engine will be chosen for the perspective aircraft. Recent phrase of the new commander of the Russian Air Force of Alexander Zelin that development and manufacturing of the engines will be subject to tenders, proves that this approach is reasonable. Noteworthy, some media sources hurried to link the new commander and "Saturn" by lobbyist relations. Remaining fair, it is necessary to note, that the general director of "Saturn" Yury Lastochkin once said that the 117 engine is also a first stage, and "Saturn" has an absolutely new development with principally better performance, which has nothing to do with Al-31 or its modifications. However, from the point of view of the transparency and reliability the information from "Salut" looks more attractive.

As quickly as on May, 22 MICom considered creation of the fifth generation aircraft at its regular meeting that took place in “Sukhoi’s” (head designer of the PAK FA) headquarters in Moscow. The new commander of the Russian Air Force general-colonel Zelin actively participated in the session. He said that «there are certain problems, there are questions, but we work in this direction, terms are certain, nobody changed them». According to him now the project is at the stage of creation of technical design documentation. Regarding the situation with the engines Zelin emphasized: "The matter with the engine is fixed from all points of view. There are some problems, but for this there is a target program, within the frameworks of which all problems will be solved. All questions are asked, transparent and will be solved". The session of the Commission was headed by Sergey Ivanov, who demonstrated excellent knowledge of the subject and paid attention to another extremely important project of the domestic military-industrial complex – the system of global positioning Glonass. ("Sukhoi" starts manufacturing civil jets which will be equipped by this system according to the legislation).

Ivanovdeclared that creation of the fifth generation aircraft will essentially improve the power of the Russian Air Force and increase the competitiveness of the Russian defense industry in the world markets. "Implementation of this project has big state value and it is a top priority in the state arms program". Ivanov's statement that PAK FA is to ensure «complete air superiority» gives additional confidence that in the 5 generation Russian warplanes will be the best in the world again. Several years ago, when the project caused many questions, the designers of the plane promised, that PAK FA may be not the first (time wise), but the best for sure. Meantime MICom finally determined that the fifth generation aircraft will be serially built in Komsomolsk-on-Amur, naturally in cooperation with other enterprises.

Early this year the head of the United Aviation-Building Company (ОАК) Alexey Fedorov said that PAK FA will take off in 2009. Then he said that it is difficult to set the exact date, but certainly the plane will take off in 2009. More precisely it was to have been determined later, after basic development of the manufacture lines, especially of the new composite materials. Almost on the same day the former commander of the Air Force Vladimir Mihailov promised that PAK FA will be in air already in 2008. Assumingly Feodorov was just too cautious, and the plane will be able to fly in 2008. At least, Mihailov though often harsh always kept his word. One of these days Alexey Fedorov assessed the process of works on PAK FA as satisfactory, but who would accuse him of avoiding "perfect" grades in such conditions?

At the session of the MICom First Vice-Premier promised that PAK FA will take off already in the end of the next year. He said it in the presence of the head of the holding company Sukhoi Michael Pogosjana, who declared that straight after that flight tests will begin. Transfer of the documentation on the frame of the new plane to KnAAP (it already began preparation for the production) and to NAPO (the plant in Novosibirsk) is being finished. Manufacturing of the frame will have least problems. At the moment main difficulties are with the onboard radio-electronic equipment, though it has been unreservedly stated that all avionics will be Russian made.

According to some authoritative Russian experts the 5th generation combat aircraft (PAK FA) being created for the Russian Air Force and export somewhat disappeared from public discussions, which is wrong. It concerns not only the aircraft itself, but also individual components of the aviation complex. This is especially wrong when national designers really have noticeable achievements.

One of main elements of the future aircraft is active radar (AFAR). Just several years ago foreign experts doubted that Russian AFARs is a matter of the following years. There were enough skeptics in this country as well. Today the developers of the 5th generation aircraft have a choice: AFAR designed by the NIIP Tikhomirova and another of Fazatron NIIR. The first organization has the official status as the head organization of the radar for the PAK FA. The company first tested the AFAR with 68 receiving-transmitting modules in 2005. Fazatron demonstrated the model of the tactical AFAR with hundreds of such modules. The experimental AFAR of Fazatron is at the stage of tests. “

GosMKB Vympel is designing air-to-air missiles. According to the press service of the company today it deals with “principally new missiles based on the most advanced technologies and technical solutions, which must come into serial manufacturing in 2010-2012”.

One of the critical technologies for the PAK FA is “multi spectral situational data system for the pilot” (SRTR). This technology was first implemented on the model Su-32. The jet has two additional optic-electronic sensors around the cabin, which allow for providing the pilot with the live picture of the situation around the aircraft not as “radio frequency picture”, but as an “optical picture”.

Another technology called “intellectual interface pilot-aircraft” is being developed for Su-35, which is considered as the final “breakthrough” stage to PAK FA. According to the head of Technocomlpex Givi Dzhandzhgava this system is to help the pilot in the situation when the multi role jet with one pilot has to solve several tasks at a time. Technocomlpex already made all individual elements of the system.

Analyzing the data from open sources, it is possible to assume that according to the optimistic scenario serial manufacturing of PAK FA (also known as T-50, I-21, “product 701”) may begin as early as in 2010-2012. Pessimistic scenario - 2015. According to unofficial estimations Russian Air Force will need minimum 200-250 PAK FAs.