The man, who lost his wife and two little children in the horrible air crash above Lake Constance, was sentenced to eight years in jail

The trial of the 49-year-old resident of North Ossetia, Vitaly Kaloyev, has recently come to an end in Switzerland. Kaloyev was charged with killing a flight control officer of the Swiss company Skyguide. The court ruled that Kaloyev had committed a premeditated murder of the man, whom he considered guilty of the death of his family. Vitaly Kaloyev's wife and two children died in a plane crash over Lake Constance, which made world news headlines on 2 July 2002. The court sentenced Vitaly Kaloyev to eight years in jail. 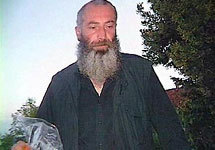 The story started at night of July 1st, when the Tu-154 jetliner and Boeing-757 collided in midair over Germany. There were more than 70 passengers, 52 of them children, on board the Russian plane: they were flying to Barcelona for holidays. Both planes were diving in an attempt to avoid hitting each other when the accident happened. Witnesses saw a huge orange fireball explode in the air, scattering flaming wreckage over 20 miles. Vitaly Kaloyev's 11-year-old son and 4-year-old daughter were on board the crashed jetliner as well.

The plane crash occurred in the area controlled by the Swiss company Skyguide. The company's administration originally refused to claim responsibility for the horrible tragedy. The authorities of Germany and Switzerland had to present official condolences to the families of the plane crash victims instead, while Skyguide brought its apologies only two years after the accident. Investigators concluded that the air traffic in the area of the crash was not heavy that night, although it required the work of three flight control officers. However, there was only one officer at the control panel, Peter Nielsen of Denmark.

The question of financial compensations is still unsolved: Skyguide refused to pay, which made the victims of the plane crash sue the Swiss company in February of 2005.

Another tragedy took place on February of 2004: Vitaly Kaloyev, who lost his wife and children in the plane crash over Germany, arrived in Zurich, in an attempt to receive official apologies from Skyguide's Director, Alan Rossier, but received nothing for his pains. The grieving man decided to go to the town of Kloten (a suburb of Zurich), where the above-mentioned flight control officer was residing with his wife and three children. Kaloyev came to the Nielsens', and the two men talked to each other privately; the conversation was held in loud voices. When Kaloyev left, Peter Nielsen's wife found her husband dead with numerous stab wounds. Vitaly Kaloyev was arrested in Zurich the next day.

The trial of Vitaly Kaloyev involved not only Russian and Swiss lawyers, but a lot of public figures too. People went into the streets of Vladikavkaz (Kaloyev's native city), Moscow and even Zurich to support the grieving man; an official delegationfrom the republic of North Ossetia with President Teimuraz Mamsurov at the head arrived in Zurich to attend the hearings.

The prosecutor demanded the man be jailed for 12 years on the allegation of premeditated murder. Both Russian and Swiss lawyers were asking for the term of three or four years saying that Kaloyev had committed the crime in a state of temporary insanity.

Answering questions from the judge, Vitaly Kaloyev said that the plane crash above Lake Constance had put an end to his life. He said that his children were the youngest among others on board the crashed Tu-154 liner, so there was even no need for him to identify the bodies. Kaloyev said that he was crushed with the loss of his family: “I have been living on the cemetery for almost two years, sitting behind their graves,” said he.

Kaloyev presented a document received from a law firms in Hamburg dated 11 November 2003. It was an amicable agreement, in which Skyguide offered Kaloyev 60,000 Swiss franks for the death of his wife and 50,000 franks for the death of each of his two children. In return, Skyguide asked Vitaly Kaloyev to decline any claims to the company. The document infuriated the man: he decided to meet the company's Director Alan Rossier and flight control officer Peter Nielson in person.

”Apparently he did not expect that he would have to answer for the results of his work, - Kaloyev said. – He murmured something to me. Then I showed him some pictures of my children and said: “They were my children. What would you feel if you saw your children in coffins? I was infuriated about Skyguide's initiative to haggle over my dead children,” the man said.

Vitaly Kaloyev said that he wanted Peter Nielsen to apologize to him for the death of his family. “He hit me on the hand, when I was holding the envelope with the photographs of my children. I only remember that I had a very disturbing feeling, as if the bodies of my children were turning over in their graves,” said he. The man added that he did not remember what he did afterwards.

When the court sentenced Vitaly Kaloyev to eight years in jail, Russian officials stated that they would try to do everything possible to let Kaloyev serve his term in Russia. The president of North Ossetia, who was present at the court session, said that he could hear provocative questions from the judge, who particularly wondered if bloody vendetta was considered a tradition with the Ossetians.

It is worthy of note that Skyguide's refusal to bring official apologies to the people, who lost their children in a terrible air crash, resulted in a series of tragedies after the catastrophe above Lake Constance. In the meantime, Kaloyev's Swiss lawyers are going to appeal at the Supreme Court of Switzerland. The case is not closed.

Author`s name Olga Savka
15:58
Merkel's remarks about Minsk Agreements were 'petty and disgusting' – Lukashenko
15:02
Viktor Bout says he did not come across Russophobia in US prisons
12:02
Massive fire burns OBI hypermarket at Mega Khimki Shopping Mall to the ground
16:48
US basketball player Brittney Griner exchanged for Russian entrepreneur Viktor Bout
16:31
Zelensky believes Ukraine conflict may end in 2023
20:46
The West is expecting, but not pressing Russia-Ukraine talks
18:27
Putin: The threat of the nuclear war is rising, why deny it
17:17
Ukraine modenises Soviet Tu-141 Strizh drones
15:24
Ukrainian combat drones capable of flying at speed of sound may strike Siberia
14:35
Russian Army continues successful offensive in Krasny Lyman direction
Polish writer shocked to find out Russians will not rise to topple Putin