US Congress cracks down on freedom of speech in Russia

The US Congress has recently made another decision regarding the issue of freedom of speech and press in Russia. American officials would like to call upon the Russian administration to give more freedom to Russian media outlets. 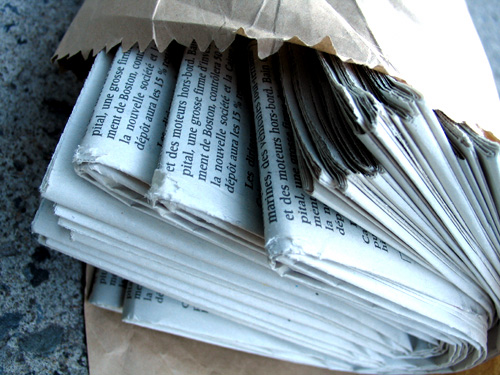 The anti-Russian provocation in the US Congress was initiated by Republican Congressman Thaddeus McCotter. The official referred to last year's report from the US State Department and said that the pressure on the part of the Russian government supposedly infringes the freedoms of Russian mass media. Furthermore, the US official concluded on the result of the above-mentioned document that the suppression of freedom of speech in Russia results in unpunished intimidation and crimes committed against journalists, including murder. The official exemplified his statement with the killing of US journalist Paul Klebnikov (former editor of Forbes Russia), which, as American congressmen believe, is connected with alleged violation of freedom of press in Russia.

This is probably one of the most gibberish statements that US officials have ever released in connection of their “concerns” about freedoms in Russia. It is well-known that Paul Klebnikov was killed by Chechen terrorists. When Mr. Klebnikov was alive, he never complained of the Russian government violating freedom of speech in Russia. Forbes magazine was free to publish anything, without any instructions from the Kremlin.

American congressmen ought to know that the present-day Russia is one of the world leaders on the quantity of US-based newspapers and magazines published in Russia. One can go out and buy a variety of publications - from Russian Newsweek to Russian Penthouse. None of their top managers have ever complained of any pressure from the authorities.

The US administration disregards the fact that liberal media outlets, to which American law-makers have a great fondness, can work in Russia absolutely freely. Liberal journalists harshly criticized the Office of the Prosecutor General during the development of the notorious Yukos case, for example. If a similar situation occurred in the States, the directors of such publications would obviously be punished.

Quite on the contrary, limitless freedom of speech does not exist in the USA at all. The New York Times, which is considered to be the example of objectiveness in the USA, is the tribune of the Democratic Party. If a journalist's opinion differs from the one of the party members, he or she will not be allowed to work in the newspaper.

There are certain tabooed subjects in the USA too. World-known film director Oliver Stone made a movie about the assassination of the American President John Kennedy. The movie, titled J.F.K., was released in 1991. The director expressed a different version about Kennedy's death. As a result, almost all famous American newspapers and magazines cracked down on Stone saying that it was a slanderous motion picture, the director of which was an uneducated individual. Oliver Stone accused American journalists of their dependence on the CIA, which supposedly ordered those numerous negative reviews of his work. As a result, Oliver Stone has not been making any political movies since that time.

Therefore, the concerns on the US Congress about the violation of freedom of speech in Russia looks rather unfriendly and cynical. A regular press shop or a kiosk in Moscow sells a variety of newspapers and magazines representing the views of communists, liberals, pro-Russian and anti-Russian organizations, and even homosexuals. The provocation of the US Congress was apparently meant to let anti-Russian organizations know that the USA was going to continue supporting their activities in Russia. The most revolting aspect of the whole story is the fact that US officials do not feel ashamed to appeal to the name of the now-deceased journalist Paul Klebnikov, who was quite happy about the state of freedom of speech in Russia. It would be better for US congressmen to read one of his books to understand the origin of the real threat to freedoms in Russia.

16:11
Russian media reveal the name of the next possible Ukrainian president
15:05
Five foreign vessels leave port of Mariupol
15:02
Biden to 'stand up to the gun lobby' after the Texas school shooting
14:51
European Commission proposes to criminalize circumvention of sanctions
14:42
Putin signs decree for grant Russian citizenship to Kherson region of Ukraine
14:42
Reuters: key stage of Russian operation in Ukraine begins
14:24
Captured Donbass battalion* militant: I lost 50 fellow officers
00:24
14 students and one teacher killed in Texas school shooting
20:44
Hundreds of ex-PM’s supporters arrested in Pakistan ahead of Islamabad march
20:11
Horoscope for May 25, 2022: Know your astrological predictions
World
Expert explains why Ukrainian army is finished if it doesn't leave Severodonetsk