Russia to restrict foreign investments to defend its national interests

The Ministry for Economic Development and Trade and the Ministry for Nature of the Russian Federation started working on amendments to the law on restrictions for the participation of foreign capital in Russian strategically important industrial branches. Adequate draft laws are to be submitted to the State Duma of Russia by November 1. Experts affirm that it is an extremely important work for Russia. They are certain that Russia has a unique chance to try and dictate its own rules of the game to the world. 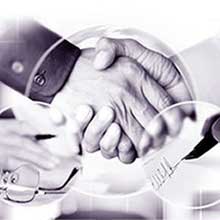 The elaboration of precise rules for foreign investors in Russia is more of a political rather than an economic issue. President Vladimir Putin has touched upon this problem many times during his public statements. “It is about time we should precisely identify the economic spheres, in which Russia's independence and security interests dictate the necessity of primary control on the part of the national and state capital,” Putin said in one of his addresses in April of the current year.

The absence of clear rules is a long-standing problem, although no one has ever tried to solve it. There were no special obstacles for foreign entrepreneurs to enter the Russian market in the beginning of the 1990s, after the collapse of the Soviet Union. There were no legal restrictions in the beginning of the 21st century either; the Kremlin and the Russian government were settling all moot questions. As a result, US businessmen nearly took Russia's largest enterprise – the Yukos-Sibneft oil association - in their possession. In addition, an international scandal broke out during the takeover of the Russian concern Power Machines by Germany-based Siemens. One may thus infer that the current situation does not meet national security requirements and hinders the inflow of foreign investments in Russia.

Experts from the center for the macroeconomic analysis and short-term forecasts believe that it is a perfect moment to conduct a dialogue with foreign investors. They think that Russia has a very good chance to play its own geopolitical game, which can determine both Russia's place in the world and the correlation of forces in the new century.

An expert from the above-mentioned center, Dmitry Belousov, told Pravda.Ru that the Russian government was considering extremely important questions connected with foreign investors' activities in Russia. “For example, we let them solve a question of our energy security, including the participation of foreign businessmen in the development of Russian natural resources. In return foreign investors help Russia modernize those economic sectors, which experience a strong need in modernization,” the expert said.

In addition, Dmitry Belousov believes that it can go about a possibility for Russia to access previously unexplored foreign markets. Another expert of the center, Vladimir Salnikov, says that Russian companies can gain access to markets of agricultural production in Europe. “It is well-known that this market is closed. It would be good for Russian companies to establish presence there taking into consideration the fact that Russia has all necessary conditions for it,” the expert said.

”We need to understand for a start, if we play this game in general at all or not, and if we can let foreign investors access Russian markets and where exactly such access can be granted. It goes without saying that there are certain areas, not only in the oil and gas industry of the country, where foreign presence is excluded,” Dmitry Belousov said. Vladimir Salnikov stressed out that foreign investors are not to be allowed in the Russian defense industry. The expert added that all Russian companies that access critical technologies like nuclear technologies should be closed for foreign investors.

The question is to which extent the Russian economy will be closed and which restrictions Russian ministries will develop at this point. “There is no single point of view when it comes to the national economy – whether it should be open or isolated. There are certain prices for that,” expert Dmitry Belousov said.

Experts point out four positive moments for foreign investments in the Russian economy: financial inflows, access to new technologies, new organizational technologies, and entrance to the new markets. Russia may establish a gas analogue of OPEC with Russia's dominating role in the organization or participate in the global game on currency rates. “The worst that we can do is to act chaotically on the base of momentary thoughts. There is a certain weak point in the Russian diplomacy: a lack of professionalism to conduct negotiations. At first we explain why it is important for us to obtain something and then we start haggling on this or that issue,” Belousov said. The expert exemplified his point of view with a recent story about Russia's foreign debt when Russian officials said that they had to clear the foreign debtat all costs with the help of the Stabilization Fund. As a result, Western financial institutions demanded Russia should pay a huge bonus for the privilege to pay the debt ahead of schedule. Russian diplomats had to take enormous efforts afterwards to relieve Russia of extra-spending.

”The essence of foreign investments in Russia is not about money alone. Russia has its own financial resources now too. Foreign investments imply new technologies first and foremost, which would help the Russian economy catch up with the rest of the world. It is also an important guarantee for stable market positions for Russia,” the expert concluded.