Russia is effectively shutting its doors, beginning today, to most Americans who want to adopt Russian children. The action follows new obstacles to adoption from China and Guatemala. 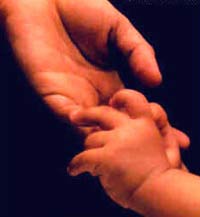 Those three countries account for 70% of the orphans who have come to the United States in the past five years — about 10% of all U.S. adoptions.

Russia tightened its rules for accrediting adoption agencies last year and has yet to renew any licenses for the 50 or so American agencies that had been working there. The one-year licenses of the last two agencies operating there expire today.

U.S. adoption agencies have failed to protect kids and deserve blame, says Maureen Flatley, a Boston adoption consultant. She represented Masha Allen, a 14-year-old who told Congress last year that she was sexually abused from the time she was adopted from Russia at age 5.

The abuse cases are "very troublesome" but rare because agencies monitor the families for years, says Filis Casey, executive director of the Alliance for Children, one of the last two American adoption agencies working in Russia. She says she worries about agencies not being able to help the children stuck in Russian orphanages. "It will be so disastrous for children and families," she says.

Adoption of foreign children by Americans soared between 1992 and 2004 but has fallen as some countries tighten restrictions and others are scrutinized.

China, the No. 1 foreign country for U.S. adoptions since 2000, is tightening eligibility. Beginning in May, it will bar applicants who are single, gay, obese, older than 50, low-income or using antidepressants.

Practices in Guatemala brought a warning last month from the U.S. government, which said it found evidence of fraudulent documents and of Guatemalan children being smuggled into the United States to be adopted. Guatemala said it would tighten its supervision, the USA Today reports.

Tom DiFilipo, president of the Joint Council on International Children's Services, a membership organization for international adoption agencies, said people hoping to adopt from Russia should not be alarmed.

"Whenever there is a bureaucratic delay, children suffer, children stay in orphanages longer, and that is where our concern is," DiFilipo said. "But families should not panic. ... This is not a moratorium."

Dr. David Douglass, a pediatrician with Cabarrus Pediatric Clinic, runs For the Children International Adoption Medical Services. The program helps prospective parents understand medical issues facing children they're considering. Finding help for the children is often difficult, he says. "It's really expensive. And most people don't have a ton of experience (with) the behavioral health community."

Some children's advocates blame parents for going into adoptions blindly and giving up too easily. Others sympathize, citing the stress a troubled child places on a family.

The United States is supposed to implement a treaty soon to regulate intercountry adoptions. It requires parents to get training and adoption agencies to give parents more information about children they're adopting.

Tepper, with the Parents Network for the Post-Institutionalized Child, favors regulation, but she's unsure how much the treaty will do: "If we were looking at anything else that came from any other country other than human beings" it would have been regulated years ago, Charlotte Observer reports.