US Department of State seriously interested in Russian oligarch in disgrace, Boris Berezovsky

The former Russian oligarch, who currently resides in England, is suspected to be involved in the assassination of Forbes Russia editor

Russian oligarch in disgrace, Boris Berezovsky, may soon face severe problems. The US State Department is interested in Mr. Berezovsky's activities: the oligarch found himself involved in the case of Paul Klebnikov, a journalist of the US origin, editor of Forbes Russia. Mr. Berezovsky did not even expect that events would take such a turn for him. 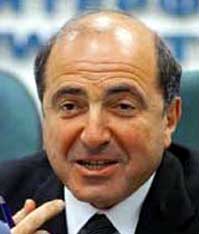 Boris Berezovsky and Paul Klebnikov used to have something in common. Paul Klebnikov wrote an article about Berezovsky in the original English version of the magazine, in which he accused the erstwhile Kremlin favorite of many sins, including the implication in the murder of a well-known Russian journalist, Vlad Listyev. Boris Berezovsky sued Forbes in response – he decided to take a legal action against the world-known magazine in England. The magazine eventually had to publish apologies.

Klebnikov did not calm down after the court process and wrote a whole book about the notorious oligarch titled “Godfather of the Kremlin: The Decline of Russia in the Age of Gangster Capitalism.” Berezovsky did not take any legal action against Klebnikov after such a publication. Quite on the contrary, the main character in the book (Berezovsky) had to face serious problems with Russian justice, which eventually made him immigrate to England. Paul Klebnikov was killed in Moscow four years later.

A strong group of American publishers and journalists volunteered to set up Project Klebnikov, a global media alliance, on July 5 of the current year. The group started its own investigation of the assassination of the American citizen and journalist. The members of the alliance are not satisfied with work results of Moscow investigators, who concluded that there was a Chechen warlord, Khozh-Akhmed Nukhayev, behind Paul Klebnikov's assassination. This person became the main character of another book written by the now-deceased journalist in 2003 - "Conversations With a Barbarian." Initiators of the new investigation do not believe, however, that the book could have instigated the Chechen warlord to commit the crime of murder.

According to The New York Sun, Project Klebnikov's members are currently working on five different versions; Boris Berezovsky is involved into two of them. Paul's older brother, Michael, works in close cooperation with a group of journalists. More importantly, they receive special recommendations from the US government, which found time to set up an inter-departmental committee to look into all details of the matter (it was later confirmed by Assistant Secretary of State for European Affairs, Daniel Fried).

Such a high level of support means that Washington is seriously interested in the investigation. It brings up the idea that the US administration will not save either money or efforts on it. It goes without saying that there are certain aspects of political speculation involved in the matter. It gives another reason to believe that Russia is a dangerous state, where journalists are get killed, crimes remain unsolved, and the US interference is supposedly vital. On the other hand, the violent death of a US citizen abroad is a serious issue. If it turns out that Boris Berezovsky is involved in Paul Klebnikov's case indeed, the refugee status, which he received from the British government, will not save the former oligarch. American and Western politicians are absolutely not interested in the “struggle on the enemy's territory,” which Berezovsky conducts in Russia, as another oligarch, Leonid Nevzlin put it. They do not want their own citizens to die in such a struggle at all.

On the photo: Boris Berezovsky