Russians not scared of another default, although admit it is possible

There is no reason to worry in the nearest future: prices on oil set new records

The All-Russian Centre for Studying Public Opinion (or VCIOM) conducted a survey, according to which all population groups consider Boris Yeltsin to be guilty of the 1998 default in Russia. Prosperous people are more likely to think that Russia is recovering very slowly from the past crisis than those of scanty means. At the same time, greater percent of wealthy Russians consider the 1998 situation unlikely to repeat again. According to the survey, all population groups regardless of sex, age and income level are sure that Boris Yeltsin is the one who is responsible for the 1998 crisis. His presidency was marked by the bungling economic policy. 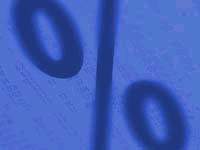 In the past year the number of those who subscribe to this point of view increased from 57 percent to 66 percent in Russia in general, and up to 75 percent in Moscow and St. Petersburg. The government of Sergei Kirienko is rarely blamed for default (20 percent) as well as democrats-reformers (15 percent), oligarchs (14 percent), International Monetary Fund and international creditors (10 percent). It can be probably explained by the fact that government figures were constantly changing while Yeltsin stayed. Most Russians forget details of the past, but the 1992-1999 period is identified with the first Russian president.

The number of those who think that the consequences of the default are still there does not change much with years and remains slightly less than 50 percent. However, in recent 4 years the number of those who consider default matter of the past has almost doubled (from 9 to 17 percent). There is a quarter less pessimists (the number dropped from 37 to 29 percent), who think that Russia needs a long time to overcome the 1998 crisis.

41 percent of respondents predict that default can happen again while 38 percent do not think so. Last year there were 47 percent of pessimists. As it was expected, the number of pessimists increases from 16 percent of the wealthier respondents and up to 37 percent in population group with low income. At the same time the number of optimists, who believe that Russia has overcome the crisis, decreases accordingly from group to group from 31 to 14 percent. The number of people who consider forthcoming default possible is larger in the lower-income group.

Professor of Political Science Vladimir Razuvaev said in his interview to Pravda.Ru that such survey results are closely connected with the fact that the wealthier part of the society is more aware of the economic situation in Russia. “So-called middle class and the well-off are more worried about their money, so they are more likely to keep up with the economic information. They know that the country has more possibilities of development at its disposal than it may seem at the moment. That is why they understand that default is not likely to happen. And I agree with their opinion,” Razuvaev said.

In fact, there is no reason to worry in the nearest future. Prices on oil set new records. Stabilization fund became enormous. The surplus profit can be used for modernization of economics. So the threat of default is reduced to a minimum. At the same time, there are enough wealthy people who fear the repeat of the crisis, 27 percent of businessmen, for instance. Those with the positive outlook have their doubts as well. There are only 7-8 percent of confirmed optimists.

This can be probably explained by the fact that Russian economics greatly depends on the prices of energy carriers. People who are well informed understand that one unfortunate day the prices will fall down and the economic modernization is not enough to overcome possible crisis. That is why those who do not have anything to lose are not the only ones to have doubts. The results of the survey can be described as follows: people believe that there will be no default in the nearest future, but nobody is certain that it will not come later.