The volume of the Russian stabilization fund may increase up to 2.3 trillion rubles by the end of 2008

Russia has too much money. Incredibly high world prices on fuel gives Russia a perfect opportunity to fill the treasury with petrodollars. The excessive funds become a problem, which may put an end to the relative stability of Russia's economy. The population and sectoral ministers demand the saved petrodollars should be spent on social needs and various investments projects. However, if Russia releases its oil profits, it may provoke a violent increase in prices across the nation. The problem will become the central subject in the discussion of the budget 2006, which continued yesterday at the first session of the trilateral commission with the participation of the government, State Duma deputies and senators. 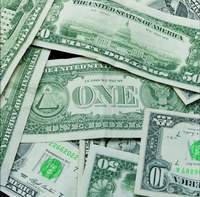 If Russia held the national referendum about the spending of petrodollars, the day of the voting would become the worst day of the year for Russian Minister for Finances, Aleksey Kudrin. The results of the referendum would be shocking for the minister, for they would give up the minister's brainchild for lost – Russia's stabilization fund. The All-Russian Public Opinion Research Center found out as a result of a recent poll that 88 percent of Russian people would like the Russian administration to spend several billions of rubles already now, avoiding long expectations for oil prices to reduce and budgetary problems to appear (the stabilization fund was formed to avoid such problems).

The stabilization fund of Russia currently saves 619 billion rubles as of July 1st, after Russia settled accounts with the IMF and started making early payments to the Paris Club of Creditors. The vast majority of people do not understand, why such huge funds are being saved on accounts of the Central Bank of Russia without any effect. There is no sphere in Russia where money is not needed. Russian pensioners and budget-related employees still have to live from hand to mouth even after the successful development of the governmental program to raise pensions and salaries. Russian roads are in dire need of capital repairs, the country's social field requires considerable investments, officials say Russia should spend more on space exploration, money is required to withdraw Russian army bases from Georgia, to develop the national aviation industry and so on and so forth.

Thirty-two of respondents polled by the Public Opinion Center said that the funds of the stabilization fund would have to be aimed at the field of healthcare. Others mentioned the need to raise pensions and salaries, to reform education, and increase social allowances to orphans, disabled individuals, etc. Economy became the second priority of the spending: investments are required in the Russian agriculture, road-building and science.

The volume of the Russian stabilization fund may increase up to 2.3 trillion rubles by the end of 2008. However, it is extremely dangerous to spend this money inside Russia. There are some economists who say that it would be better if Russia had no such money at all.

The results of the above-mentioned research show that the Russians are still unaware of the point for the stabilization fund to exist in Russia. According to Finance Minister Aleksey Kudrin, the fund, which was created 18 months ago, exists to withdraw excessive money from the national economy. Too much money would result in another raise of the inflation rate, which already exceeds all forecasts.

The Russian economy is obviously unable to process billions and billions of rubles nowadays. The funds would simply trigger the galloping inflation that would eventually result in the skyrocketing rise in prices, devaluation of people's savings and salaries. It goes without saying that such circumstances would aggravate the social situation in Russia nationwide.

It is noteworthy that a lot of governmental officials of Russia can hardly resist the temptation to try to spend the resources of the stabilization fund. Aleksei Kudrin had to deal with serious arguments regarding the spending of Russia's petrodollars. However, the failure of the reform to eliminate state benefits made Mr. Kudrin express his views clearly. The Russian government had to spend the additional 350 billion rubles to smooth out the tense social situation in Russia. Specialists say that the forced spending would make the inflation rate gain 1.5 percent in 2005.

The ministers, who fought for the increase of state investments in the infrastructure, succeeded in the establishment of the investment reserve within the framework of the budget. According to the government, there will be 69.7 billion rubles accumulated in the investment fund next year. The figure is expected to reach 73.2 billion by 2008. It is not ruled out that the ministers will still try to access the stabilization fund.

For the time being, the prime goal of the Russian government is to restrain the inflation rate.