International rating agency Standard and Poor’s has raised Russia’s long-term credit ratings Monday. The market participants call the decision of S&P unexpected but just – since they are convinced that the sole cause of it had to do with the debt Russia paid off to the Paris Club. 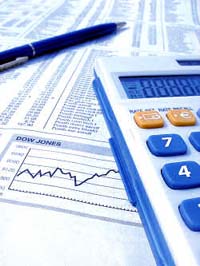 There hadn’t been any other news, and the S&P itself had previously mentioned that the finished debt would influence its ratings. However, the experts believe that the upgraded ratings will not make much difference for Russia in terms of investor attraction.

The Official S&P reports states the following: “Upgraded rating reflects the current increase in the gold reserves as well as improved indicators of the consolidated budget. Russia ’s economy is still profoundly influenced by the world’s growing oil prices, while the nation’s researchers of economic strategy continue to rationally solve the issues of macroeconomic stability.”

At the same time S&P notes that the “unpredictability of the political course and of the regulating authorities’ actions is holding back not only the domestic but also the foreign investments (though the amount of the latter has been on the rise).” Challenges to the business activity in Russia include the overly slow restructuring of natural monopolies, the overly high level of the bureaucratic pressure and corruption, the judicial system that is far from independent… And besides the agency is critically judging Russia’s prospects for the next two years due to the upcoming presidential and parliamentary elections.

What is interesting is that in the justification of its ratings S&P does not mention the final payment to the Paris Club a single time, while most analysts believe that this event served as the main cause of the agency’s changed ratings for Russia.

“There appeared no other major news about the market,” says Natalya Orlova, the Alfa-bank analyst, “It is impossible to ignore an event of such magnitude.” But S&P’s silence is understandable. Back in July the agency announced that it does not consider early debt payment to be a ground serious enough to improve the credit ratings. That is why the decision was called “unexpected but deserved.”

According the experts’ estimations the new rating is not going to help Russia attract investments. “Such changes are insignificant for the market. They stopped mattering after Russia received the investment rating from all agencies,” comments Orlova, “Perhaps it will only make a difference in the European bond market.”