Nothing has been decided on the transaction of the year yet – the merger of two oil and gas giants, Gazprom and Rosneft. Furthermore, the conflict still continues: the oil company (Rosneft) publicly rejects the statements from its would-be owner (Gazprom). In addition, the heads of the two companies are still in dispute in the presidential administration. They are full of energy to stand up and fight for their enterprises. 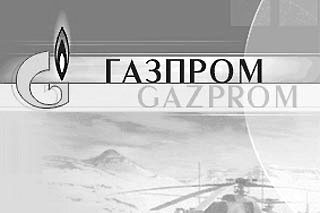 The idea of amalgamation between the two giant Russian companies – Gazprom, in which the state holds 38.87 percent of stocks, and the state-owned Rosneft -sprang from the Kremlin administration in order the latter could get hold of the control shareholding in Gazprom, the Russian gas monopoly. Gazprom plans to liberalize the market of its stocks in the near future, to make them available for foreign investors. The control shareholding is a highly important matter for the state, taking into consideration Western countries' great interest in the stocks of the Russian companies of the national fuel and energy complex. Gazprom still remains the key company in the key industry of Russia.

However, no one knows how the events are going to develop in the future. Aleksei Miller, the chairman of the Gazprom administration, told the NTV network on Wednesday that the final decision on the merger had been approved. According to Miller, the process will take place in compliance with Gazprom's scheme: 10.7% of Gazprom branch companies' shares vest to the state for 100% of Rosneft's shares.

”The integration of Rosneft and Gazprom's assets is meant to strengthen Gazprom's influence in the oil industry. It will give the company an opportunity to become one of the largest oil and gas companies,” Aleksei Miller said.

However, specialists say that it takes too much time for the merger to happen. Spokespeople for Rosneft rejected Aleksei Miller's statements on Thursday.  It was said that the stock exchange scheme stipulated for a partial exchange of Rosneft's assets to the above-mentioned 10.7-percent shareholding. Furthermore, exchangeable assets are to be evaluated additionally.

Rosneft also denied Miller's statement about the fate of Yuganskneftegaz and Sergei Bogdanchikov's position in it. “This statement is not true to fact and is to be considered solely as a personal opinion of the Gazprom administration chairman,” the official statement from the oil company runs.

Spokespeople for Rosneft added that the merger scheme would have to be developed further on. It was also said that Rosneft would keep the financial control over the company's assets handed over to Gazprom.

Andrei Sharonov, the Deputy Minister for Economic Development, confirmed the version. The final decision on the transaction between Gazprom and Rosneft has not been made, Sharonov said. In addition, the official emphasized that the Russian government did not have a definite position on the matter either. To crown it all, Minister for Energy Viktor Khristenko stated that the administrations of the two companies had not presented the necessary documents, which could be officially approved for the process.

The situation with Yuganskneftegaz is more or less clear, though. The company will most likely become a separate state-owned enterprise, the shareholdings of which (up to 20% of stocks in each) could be subsequently sold to the Chinese CNPC and the Indian ONGC to clear the company's debts.

The current messy situation is not good for either Rosneft or Gazprom. The Russian government does not seem to be able to come to a certain decision about Gazprom's investment program. A recent discussion of the program ended with nothing: the government simply took the program into its consideration. Standard & Poor's international rating agency meanwhile decided to keep Gazprom and Rosneft's credit rating under special control on the CreditWatch list.

Standard & Poor's credit analyst, Elena Anankina, said that the positioning of ratings on the CreditWatch list was reflecting the uncertainty about which part of liability would be given to Rosneft and Gazprom (in connection with the acquisition of Yuganskneftegaz) and which legal and financial mechanisms were going to be used to separate Yuganskneftegaz from Rosneft.

”These events would be a lot less dramatic, if Rosneft and Gazprom's administrations, as well as state officials, could make their statements about the merger before or after the tender,” Aleksei Logvin, an analyst from the Interfin-Trade company said.