The rich gets richer, the poor get poorer

The Russian Statistics Committee has recently published the latest information about Russian people's living standard. According to the official statistics, the gap between wealthy and poor Russians became even larger last year: the difference is now measured 14.8 times. According to international estimations, such a gap shows that Russia has already crossed the line, behind which it will have to face a serious problem of massive social protests. 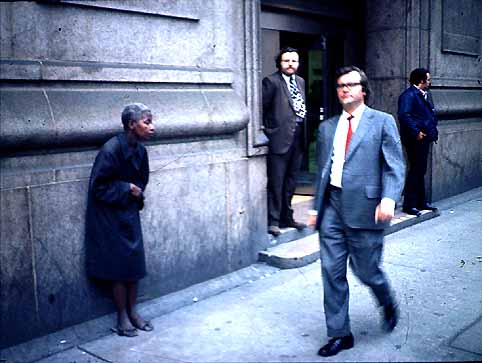 The statistics says that the gap between ten percent of richest Russians and the same amount of the poorest Russian citizens has been growing since 2000, when their incomes differed 13.9 times.

The majority of Russian experts believe that such a big difference is outrageous, especially against the background of other developed countries. It is noteworthy that Western countries use a different method to evaluate the living standard. They calculate the distance between the poor and the rich on the base of the income difference – the gap makes up four or five times. If one applies the Western method of calculation to Russia, the gap will be cut to 8.5 times. However, the 7-time difference is considered absolutely unacceptable according to the European conception. Such a gap would mean that a country came too close to an outburst of social protests.

Furthermore, Russians people's real financial income dropped 9.6 percent in January of 2005 vs. January of 2004, the Statistics Committee said. Specialists of the Russian Public Opinion Research Center say that Russian people were saving their income during the recent several years, although they started spending their savings very actively in 2004.

Some specialists think that it can be explained with the so-called consumer boom, which can be currently observed in Russia now. The consumption has been growing indeed, although it happens in the social field of only ten percent of wealthy Russians. Inflation is the main reason: the inflation rate made up 11.7 percent in 2004 (independent experts talk about 13-15 percent). Russians started spending more because of growing prices too.

The self-appraisal of Russian people has changed too. The number of those, who think that they will never be able to get used to the market economy, has increased from 16 percent in December of 2004 to 22 percent in January of 2005. The decline was registered in May of 2004, when the law about elimination of state benefits was only a subject of discussion. When the law came into effect in January, it became a crucial point in the social situation in Russia: the people neither understood nor accepted the new rules of the game. The majority of Russians, especially provincial people, think that “everything is bad” now; they are absolutely certain that changes are vital.