Pensionable age to be raised in Russia 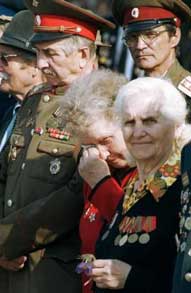 According to the experts, even under rather optimistic circumstances, the existing pension reform will be unable to cover the constantly growing gap between escalating monthly wages and pensions. Whereas in 2002 average pension equaled to 33% of average monthly wage across the country, by 2030 the percentage will be around 24,4-27,8. Should the unified social tax go down, the gap will be even bigger.

This year, the unified social tax has been reduced from 35,6% to 26%. Such rapid plunge resulted in a “budget” hole (74,7 billion rubles). According to the calculations conducted by the World Bank, by the year 2030 annual losses of the state budget will reach 2% of GDP.

Also, one cannot ignore active lobbying of future decrease of the unified social tax – until it reaches exceptionally low 15%. Supporters of such actions are certain that it benefit GDP, remove salaries from the shade and thus prevent future emergence of pension budget gaps. However, along with the tax problem, tax administration becomes questionable. After all, tax collection is far from perfect in our country.

Experts of the World Bank also claim that they failed to take into account such high mortality rate of the Russian population. Today, pension reform is working more or less; as it turns out three working persons support 2 pensioners. Some speculate that in 15 years such proportion will be 1:1.

Today, pensionable age for women is 55 and 60 for men. At that, average male's lifespan is 59 year.

Should the age limit for pensions be raised, people will simply fail to live up to that age. This would practically point to the Russian authorities refusing to provide any social support for the elderly.

In the meantime, Russian authorities are in no rush to follow the WB's advice. According to the Committee of social affairs at the State Duma Farida Gainullina, Duma of the Russian Federation isn’t planning to consider the issue concerning the raise of pensionable age any time soon. The main question could be rephrased however. Gainullina states that the State Duma could support the proposal concerning indirect incentive of impediments, where people of pensionable age have to labour.

This isn’t the first time the issue of raising pensionable age is under discussion these days. In the beginning of 2004, head of the Pension Fund at the time Mikhail Zurabov used to address similar proposal. He suggested raising pensionable age to 63 years for women and 68 for men. The proposal however has stirred major wave of criticism among the public.

However, by the time present reformed pension reaches its critical point, there will be no place for sentiments. Such critical condition will come when the so-called “oil feeding-rack” will eventually shut down and the government will no longer possess extra money to spend to pay off pensions regularly. The state is already preparing to raise the age bar. Pensions Fund spokesmen tend to refer to the western experience more often these days.

Raising age bar does appear quite advantageous to the state. People tend to possess greater stimulus to work till the last drop of blood so to speak. Such fact in turn has a positive effect on the country’s GDP. People are thus motivated to give birth to more children, who in turn will be able to support their parents in their old age. The latter factor is of utmost importance for Russia.

There exist other examples, which for some reason tend to escape the attention of our “leaders”. Belarus is going through similar turmoil; they’ve got plenty pensioners there and little money to support them. However, not only did Alexander Lukashanko raise pensions, he also promised his people to refrain from raising the age bar.

President Putin did mention something along these lines; the same is inscribed in the Constitution. Then again, we could be wrong.