US Secretary of State Condoleezza Rice has asked the Minister of Foreign Affairs of the Russian Federation Sergei Lavrov to carry out an investigation regarding information that, in the early stages of the war in Iraq, Russia apparently handed over intelligence on the movement of American troops to Saddam Hussein’s regime. Pravda.Ru has asked Russian politicians and experts to comment on the American secretary of state’s announcement. 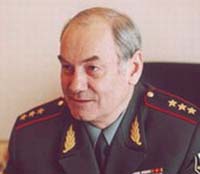 Franz Klintsevich, deputy leader of the ‘United Russia’ faction in the State Duma, member of the Defense Committee:

There are three reasons why I am doubtful that Russia handed over information to Iraq. Firstly, no secret service leader can do this without the president knowing. Secondly, Iraq had sufficient means to obtain information for themselves about the Americans’ location. Thirdly, it is possible that our ambassador in Baghdad may have said something, but it is unlikely that he had concrete information which he could have handed over.

On the whole, these accusations have been made by the USA at the exact moment when Russia has started to play a more active role on the international stage. Washington has not liked the fact that Russia has developed military and technical cooperation with China and India, because they need a weak and obedient Russia. The “Big Eight” summit is just around the corner, and many Americans do not like the fact that Russia is represented there, so that’s why they’re starting to create all sorts of myths about us, such as this story with Iraq.

Leonid Ivashov, General-Colonel, Vice-President of the Academy for Geopolitical Problems:

Russia did not officially hand anything over to Iraq, because the regime did not have enough political will to do so. At the same time, Russia should have done this as a responsible member of the international community and as a permanent member of the UN Security Council. After all the UN charter obliges its member states to prevent aggression and share information with victims of aggression. I cannot entirely rule out the possibility that some sort of information may have been unofficially handed over.

All these accusations are sounding at the moment when Russia is starting to play an active role in the Middle East and in other regions of the world. The USA does not like this, and they are prepared to use any means to damage our reputation. Everything suggests that a new stage in the “Cold War" between Russia and the USA has begun.

This information is questionable, and was reported more with the American audience in mind. It does not help to improve relations between Russia and the USA, especially on the back of existing disagreements, for example concerning Iran’s nuclear programme. I would like to remind you that the USA previously claimed that Saddam Hussein was only able to hide his nuclear arsenal with Russia’s help, but these were shown to be merely empty words. So the current accusations look to be a continuation of the previous ones. But even if, purely theoretically, some information had been handed over, it would not have put American forces in any danger. Firstly, the missiles at Iraq’s disposal had enormous problems with their accuracy, which was proven during the shelling of Israel. Secondly, the USA’s weaponry could have neutralized these firing points without any difficulty. In fact Iraq did not have anything with which it could withstand the USA.

Moreover, this information has appeared at the moment when the Americans are experiencing a whole host of problems in Iraq. For example there are difficulties with the rotation of forces there, and also Great Britain intended to withdraw 800 soldiers in May. In Iraq itself the situation has become so inflamed that the Americans have expressed their willingness to discuss it with Iran. So these accusations addressed at Russia have been made in order to deflect American public opinion away from the failures in Iraq and to shift the blame for the USA’s errors onto Russia.