Another stage of negotiations regarding Russia's WTO membership was launched in Geneva. These talks will become critical for the Russian banking system, specialists say. The Russian delegation will protect national bankers' interests against the background of the intervention of Western credit organizations on the Russian market. 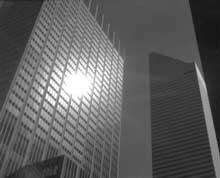 Providing other WTO members with an open access to internal national markets is the main condition for Russia to join the organization. Such practice would lead to considerable problems for national industries, the production of which cannot compete with foreign analogues. Russia's almost every industry branch can be categorized as uncompetitive. The Russian government, therefore, decided to take a firm stance at the talks not to jeopardize the national economic security and independence: the membership will be possible if the terms are beneficial for Russia.

Nevertheless, the pressure of WTO members made the Russian government sacrifice the nation's car and civil aircraft building industries. If Russia joins the WTO, the two industries will be completely deprived of privileges that they are enjoying now, not to mention the elimination of all barriers for foreign competitors at this point. However, Russia managed to keep the privilege for its fuel and energy complex. Until recently, Russian negotiators have been able to preserve certain restrictions for foreign banks to open their subsidiaries in Russia. In addition, the 50-percent limit of foreign participation in the total capital of the Russian banking system has been preserved too.

Alexander Genshaft, the financial director of the Verysell group of companies, told PRAVDA.Ru that the question regarding subsidiaries of foreign banks' entry in Russia will be highly important and principal during the WTO membership talks. Dmitry Lepetikov, the executive director of the Development Center, sticks to the same opinion. “Branch banks are subjected to the Russian legislation, currency control norms and capital export restrictions. Subsidiaries are beyond the jurisdiction of the Russian Federation, which means that they can become a good channel for a massive inflow or outflow of capital,” the specialist said.

”A permission to open subsidiaries would give foreign banks an opportunity to decrease the non-operational spending and avoid a part of administrative barriers,” financial expert Alexander Khandruyev said. “One may not make a branch office of a foreign bank establish mandatory reserves, for example, which puts branch offices in a better condition, taking into consideration the considerable difference between the mandatory reserves amount in Russia and in other countries. Subsidiaries of foreign banks would also have wider opportunities to optimize taxation, because they do not provide complete reports to supervising and fiscal agencies of a country, where they stay,” the specialist said.

Imposing restrictions on quotes for the participation of foreign capital in the Russian banking system is another moot question (from the point of view of American authorities). Russia currently has less than ten percent of banks with a foreign participation, whereas the share of foreign loans in the total share of credits in the Russian economy makes up almost 40 percent, which can be explained with huge financial resources of Western banks.

It was originally supposed to set the quote on foreign presence in the Russian banking system on the level of 25 percent during the incorporation into the WTO.  It is not known, which number will be offered for discussion during the talks. Spokespeople for the Ministry for Economic Development and Trade said that the number would be equal to what they would be able to stand for at the talks.

The President of the Association of Russian Banks, Garegin Tosunyan, believes that the foreign capital quota should not exceed the level of 10-15 percent: “Even 25 percent will be too much for us,” said he.

It will be rather hard to nominate such critical banking business conditions for Russia's membership in the WTO. Russia's suggestions on the matter have already faced harsh criticism on the part of the USA. The situation is aggravated with the fact that there has been no precedent created on such conditions for a WTO-candidate before.

Will the intervention of Western banks be destructive for Russia, though? Experts believe that it has certain threats to their Russian competitors. “Foreign financial institutions are interested in penetrating into most attractive market segments – the servicing of corporate clients, for instance. The expansion in the field of mortgage and deposit attraction will definitely occur too,” Tatiana Miruk, a spokeswoman for the administration of StroiCreditBank said. If Western banks win large clients over to their side, it might result in a massive outflow of capital from Russia.

The Russian economy is full of risks, which scare Western market members away. On the whole, if Russian negotiators are still fighting for something in Geneva, it means that they definitely have reasons for it.