Russia will be a member of the World Trade Organization in 2006. Russian Economic Development and Trade Minister German Gref made the above promise twice in 2005, at the WTO ministerial conference in Hong Kong and at the economic forum in Davos. As by plan, Russia was to have joined the WTO last year. But the United States, Australia, Switzerland, and Columbia raised objections against Russia’s membership. At the same time, the WTO member states admitted the tiny Polynesian kingdom of Tonga to the organization without any problems. 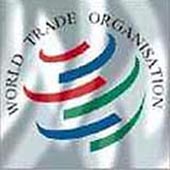 German Gref does not make a fuss over that misfire. According to him, Russia still has to agree on sugar export duties with Colombia. Switzerland has already approved Russia’s membership at the economic forum in Davos. The U.S. is still adamant on its stance. Washington insists that Russia lift import duties on aviation equipment, and allow Western banks and insurance companies access to the Russian financial services market. The U.S. also urges Russia to straighten out the intellectual property market by eliminating counterfeit video and audio production.

As regards to intellectual property rights, Russia has no objections. On the other hand, Russia does not intend to allow foreign banks and foreign aircraft to Russia. The Kremlin does not want to sacrifice strategically important sectors of the national economy. In any case, President Putin repeatedly said that Russia wanted to join the WTO only on terms acceptable to Russia’s economy.

Unlike the kingdom of Tonga, which receives revenue from the sale of tropic fruits and tourist industry, Russia will have something to lose and gain after joining the WTO. The Russian government maintains that WTO membership will allow Russia to sell certain commodities on markets currently inaccessible to Russia. The commodities primarily include agricultural products, metals, and fertilizers.

However, WTO membership does not mean a universal pass to the world markets. According to composite index of competitiveness drawn by the World Economic Forum, Russia is ranked No70 among 104 countries on the list.

Experts compared two criteria – competitive advantages, and science and technologies potential - while accessing a country’s competitive potential. In terms of natural resources, Russia should be okay. The demand for oil and gas keeps growing. That is exactly why Russian oil and gas producers do not fancy WTO membership. They are doing just fine on the world market. Production of ferrous and nonferrous metals will be also running smoothly when the doors are open. The situation is not so simple regarding timber. Russia’s timber exports account for 2%-3% on the world market, and the percentage is unlikely to rise as long as Russia keeps exporting cheap rounded timber.

On the whole, Russia’s knowledge-based sectors have good prospects. First and foremost, the nuclear machine building industry should succeed on the world market, given a package of contracts for the construction of nuclear power plants in Asia. Military aircraft and aerospace industry are likely to do well in the competitive business environment.

Experts believe that Russia’s state-controlled sectors of economy will fall the first victims to the WTO. The Russian banking system and machine building industry will be in big trouble if the Russian negotiators succumb to pressures of the world powers. In terms of capital value there is simply no comparison between the world’s largest banks and Russian banks. The latter are unfit for competition. The collapse of this vital sector of the national economy would obliterate Russia’s financial independence. President recentlymadeit quite clear that the government would not allow foreign banks to open branches in Russia .

The government is apparently making an effort to resuscitate the Russian automobile industry. The government recovered control over AvtoVAZ and promised to invest $5 billion in the industry. However, many experts doubt that the investments will be enough to keep the industry alive unless the large-scale manufacture of relatively cheap foreign makes is launched in Russia.

Joining the WTO will have a negative impact on the Russian agricultural industry. Some estimates indicate that Russian agriculture will lose at least $4 billion per year unless Russia cuts a deal on an increase in subsidies. The present-day subsidies to Russian agriculture amount to less than $2 billion, a pretty trifle sum compared to $40 billion worth of subsidies spent annually on the EU farmers. Roughly the same amount is allocated for the customs barriers protecting the EU market.

Russia will have to tackle new challenges in any case. Countries with a high level of technological development and well-trained labor are likely to get the upper hand in the competitive environment. For example, half the Europeans use the Internet on a regular basis; the figures are even higher when it comes to regular use of PC. Sweden and Denmark have the highest (more than 80% of population) computerization levels. On the other hand, Rumania and Russia sit at the bottom of the list (less than 20% of population). The data are provided by the Institute of Economic Studies in Vienna.

Development of information technologies has a direct impact on productivity and employment rate. According to forecasts of prepared by experts of the above institute, “there will be a steady decrease in the number of jobs for persons with a low level of qualification; new jobs will be designated for highly-qualified workers.” It is noteworthy, that productivity in the U.S. is by 40% lower than in the EU countries. Being the two centers of the world economy, the United States and European Union are going to take full advantage of the open-borders regime. China may join the contest in due time. Following its integration into the WTO, China is using a cheap labor factor to the max for recovering positions on the world market. Experts believe that in the short run China will be able to come up closer to most industrialized nations by using an army of the unemployed estimated at 200 million people. Given the demographic crisis, a lack of funds to scientific institutions, and a nearly total breakdown of the Soviet professional training system, the future holds a lot of difficulties for Russia in a company of the above countries.

Those who support trade liberalization maintain that WTO membership should attract around $2.5 billion in annual investments to Russia. So far Russian capitalists have allegedly had no reasons to invest in the Russian economy while billions of dollars took flight from the country over the last few years. Some of the benefits of joining the 150-member trade club will undoubtedly include improvement in business transparency and a better reputation of Russia on the worldwide level. In actuality, it is the leading Western countries that came up with the plan of globalization of the world economies bundled together in the WTO, it is chiefly designed to secure a wider degree of access to the world commodity markets.

Those who are opposed to WTO membership maintain that Russia will be forced to raise fuel and energy prices on the domestic market to keep them in conformity to those on the world market. The price hikes will hit the population hard. Average money incomes of the population may drop and thus trigger a social crisis.