Colonel Budanov has many serious adversaries in Chechnya, who may influence Putin's decision to pardon him

Vladimir Shamanov, the governor of the Ulyanovsk region, signed a solicitation to pardon Col. Yury Budanov. Anatoly Zherebtsov, the chairman of the regional pardon committee told RIA Novosti that the documents had been sent to the administration of the Russian president. 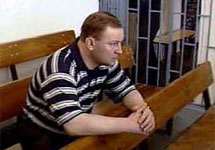 The pardon committee of the Ulyanovsk region approved Budanov's solicitation on September 15th at a session in the colony, where the former colonel is serving ten years for killing a Chechen woman. Colony employees characterized the prisoner quite positively. In the colony, Budanov chairs the sports section, takes an active part in sports competitions among the prisoners of the region. Budanov is serving his sentence on general terms.

Members of the committee asked the colonel, what he was going to do after his release. The former military man said that he already had an agreement with the security service of one of Moscow banks. The colonel also said that the accommodation question had been settled too: he would live in the company’s apartment - his wife started the interior repairs there already.

The committee considered it possible to relieve Budanov both of the primary punishment (a term in jail) and of the additional punishment (the withdrawal of state awards, the military rank and the right to continue the army service).

It was the second pardon solicitation that the former colonel submitted. On May 19th, the regional committee for pardon considered the colonel's petition, although it was withdrawn during one of the sessions. The solicitation was withdrawn because of the confusion with Budanov's citizenship: he was drafted in 1982 in Ukraine, which used to be a part of the Soviet Union. Budanov explained that the question of his citizenship was raised on May 19th, and he received the passport of a Russian citizen already on May 21st.

According to the investigation, the tank regiment commander Budanov arrived in the Chechen settlement Tangi on March 27th, 2000. The colonel arrested a Chechen woman, Elza Kungaeva, who was suspected of being a militant sniper. Budanov interrogated Kungaeva in the headquarters of a military unit. The colonel strangled the woman and ordered his soldiers to take the body away to bury it.

The court martial of the North-Caucasian military district discharged the colonel on December 31st, 2002 according to the conclusion of the psychiatric expertise conducted by specialists of Moscow's Serbsky Institute. The Military Board of the Russian Armed Forces canceled the resolution and sent Budanov's file to the North-Caucasian court martial for additional pending.

A new psychiatric and psychological expertise was conducted for the colonel. Experts concluded that Col. Budanov could control his actions during the crime (the killing of Elza Kungaeva) – the fact of the defendant's irresponsibility was rebutted.

On July 25th, 2003 the court martial found former commander of the 160th tank regiment, Yury Budanov, guilty of killing the Chechen woman, Elza Kungaeva and sentenced him to ten years in a colony. The court deprived Budaev of his rank and state award – the Courage Order. The colonel is currently serving the sentence in the Ulyanovsk region.

If Putin decides that Budanov has suffered enough, the colonel will be released. Budanov has a lot of serious adversaries in Chechnya, who might influence the president's decision. One of them, first deputy chairman of the Chechen government, Ramzan Kadyrov (the son of the killed Chechen president Akhmad Kadyrov), has recently stated that he would try and do his best to make Budanov stay behind the bars. “Violence against civilians is considered a crime even at war. We will not make it possible to release a criminal. The law is universal for everyone, for military and civil persons alike. The decision of the pardon committee in Ulyanovsk is a spit in the soul of the Chechen nation,” Kadyrov said.

It is not ruled out that the Russian president will not listen to Ramzan Kadyrov, although Putin does not wish to argue with the Kadyrovs at all. The presidential envoy in Russia's Southern administrative district, Dmitry Kozak, stated on Sunday that there could be reasons found to pardon Col. Budanov. According to Kozak, terrorist group members have been pardoned on many occasions.

”Pardon is an act of mercy on the part of the state towards those, who committed a crime, who served a certain part of sentence and repented the crime,” the envoy said. Kozak said such grounds could be found with Budanov's case too. The official reminded that the colonel had served four years in the colony.