The 21st century has brought fifth generation weapons to the planet. Are we ready to meet the challenge? 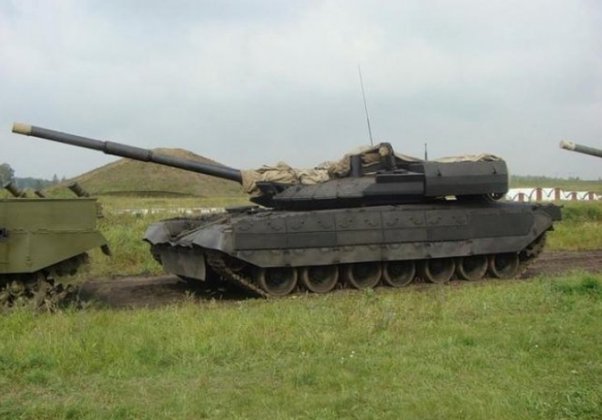 This is not a fantasy or a Hollywood movie where space aliens take out their super-powerful guns and wipe entire cities and villages off the face of the earth without establishing direct contact with the poor aborigines. This pseudo-aesthetic horror has become our everyday reality.

Even in the early 1990s, when, during the Desert Storm operation, the Americans made attempts to test new military tactics and use new high-tech weapons, many analytical centers just shrugged their shoulders: they still considered the Kalashnikov gun to be superior to computers and laser-guided weapons. However, already during the US aggression against Yugoslavia, when the Americans used optically guidance missiles and bombs with carbonic threads to deactivate power lines without destroying the nuclear power plants, analysts realized that a new era of non-contact wars had begun. And this fact was proven by the Americans in Iraq once again when it took three weeks to dissolve Saddam's army of 400,000 soldiers in the Mesopotamian desert. The US's cold silicon chips and noiseless laser beams were fighting against Iraq's hot hearts and Kalashnikov guns. The 21st century has brought fifth generation weapons to the planet. Are we ready to meet the challenge?

When, in the 1980s, the Soviet military opened another large-scale construction site near the city of Nurek in the Soviet republic of Tadjikistan, US authorities became seriously alarmed and made a protest against the USSR. They thought our country had started construction of a military-purpose laser complex. Soviet diplomats had to reassure the scared Americans and explained that the complex was meant for optoelectronic surveillance, analogous to US's GBEODSS (Ground-Based Electro-Optical Deep Space Surveillance).

Russian tanks on top of the world again?

How many lives does modern tank have?

The creators of the new complex called it a "window." The complex could survey objects in space at a height of 40,000 kilometers, define their trajectories precisely and find out to what country the objects belonged and for what purpose they were meant.

This "window to space" was developed at a design bureau of a plant in Krasnogorks in the Moscow region under the direction of chief designer Chernov. First, an experimental model of the complex was built right on the premises of the enterprise. But when construction was started not far from the hydroelectric power station in Nurek, a civil war broke out in Tadjikistan. Specialists could recommence construction work only after 1996. In November 1999, the complex was finally put into operation.

In addition to surveillance over military objects, the complex can perform civilian service as well. It can survey not only objects of terrestrial, but also of extraterrestrial, origin, such as asteroids, comets, meteors, meteorites, etc.

In October 1984, the USA launched its Challenger shuttle for the 13th time. When the shuttle flew over Lake Balkhash (in Soviet territory at that time), it suddenly lost contact with the Earth, devices on board the shuttle were lost and the astronauts themselves felt ill. The Americans held a thorough investigation of the incident and learned that the crew and the space vessel had suffered from something arising from the USSR. An official protest followed. After that, American space objects never suffered such faults over Soviet territory.

Our prospective friends calmed down, but it was only in 1989 that a US delegation was shown a part of the laser complex meant for aiming at remote objects. The apparatus was called Terra-3, and it had been aimed at the space shuttle.

Development of a space gun started in the 1970s; Nobel Prize laureates Prokhorov and Basov and Academicians Khariton and Velikhov worked on the problem. The whole of the world was on the threshold of Star Wars at that time, and the Soviet complex was (and is still now) the most advanced example of such a thing at that time. The fact was proved by the "innocent trick" played when Soviet Marshall Dmitry Ustinov issued an order to direct a laser beam at the US space shuttle, which was flying at a height of 365 kilometers.

The Russian tank Black Eagle (object 640) can be seen at military exhibitions from a distance only; its shape is disguised under camouflage net. The tank is very powerful: it weighs 50 tons and the turbine engine is of 1,500 horse-powers. The  Black Eagle is 80 centimeters lower than the new T-80 tank.

The tank's main 125-caliber gun can fire regular shells and guided anti-tank missiles. They are developed by skilled specialists in the Russian city of Tula and can break through armor 1,000 millimeters thick. This means that even the most powerful tank in the West, the Abrams, with front armor of 800 millimeters, won't stand up to Russia's Black Eagle.

The turret of the Russian tank resembles turrets of Western last-generation tanks in size and configuration. It is equipped with built-in dynamic protection covering a sector of 120 degrees, approximately. Dynamic protection units are installed in the front of the roof as well. There are 12 tube-guided arms on each side of the turret (which means the Black Eagle is equipped with a Drozd active protection system). Laser emission receivers are placed on the top of the turret, which shows that the tank may be equipped with a radio countermeasures system.

The tank has a combined sight with a built-in laser ranger that can operate in the daytime, as well as at night. The commander of the tank is provided with a thermal imaging surveillance device. It is not ruled out that information obtained by both devices can further appear on the displays of a commander or a gunner. The on-board information complex of the Black Eagle tank controls all the basic systems of the machine. It can also perform automated information exchange with other tanks and higher commanders. This is the first time that a Russian tank has been turned into a powerful analytical computerized center. The designers also focused on better safety for the tank crew. Tank ammunition was traditionally placed under the floor in a battle compartment; when it blew up or was hit with a missile, the whole of the crew was consequently killed. In the new tank, ammunition is transferred to the after-part of the turret and separated from the battle compartment with an armored partition. This measure makes the tank crew feel safer.

This smart machine, which aims not only at liquidation of enemies but also cares about the safety of its crew, was developed by Russian designers. What the Russian government has to do now is buy the machine for the army. It promises to do so regularly.