The release of Ukrainian sailors could be a gesture of goodwill, but Ukraine does not contribute to this possibility, Anatoly Salutsky, writer, publicist and expert of the UN Alliance of Civilisations believes. 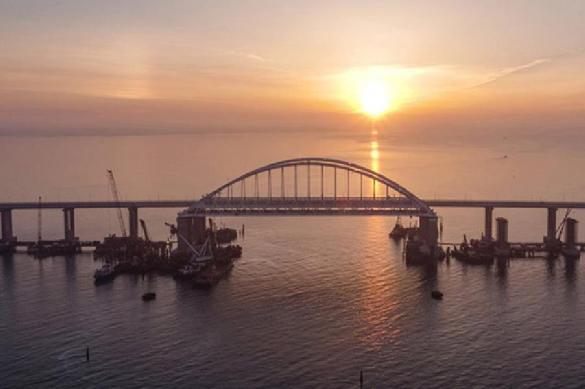 The Kremlin responded to the decision of the International Tribunal for the Law of the Sea in Hamburg on Ukraine's claim about the incident in the Kerch Strait. "Russia's position cannot change. The investigation in connection with the violation of the law on the border should be completed, and a trial should take place," Dmitry Peskov, Putin's official spokesman said on May 27.

The Hamburg court ruled Russia should release three Ukrainian ships and 24 Ukrainian servicemen and let them to return to Ukraine. However, the court did not consider it necessary to demand the Russian Federation should cease the criminal prosecution and refrain from initiating new cases against them, as was requested in Ukraine's lawsuit. The court also ordered both parties to refrain from any actions that could aggravate the dispute.

Ukrainian media outlets spread a fake news story, in which the Hamburg court also found Russia guilty of violating the UN Convention on the Law of the Sea. Even if it was a question of the territorial waters of Russia, warships and their crews cannot be arrested by security forces of foreign states and subjected to the jurisdiction of foreign ships. However, this is an opinion of Ukrainian deputy foreign minister, Elena Zerkal, but not of the Hamburg International Tribunal for the Law of the Sea.

Roman Kolodkin, the Russian judge of the tribunal, voted against the resolution of the court. Kolodkin said that Russia and Ukraine, when signing and ratifying the 1982 UN Convention on the Law of the Sea, made special statements in which they excluded the consideration of the Kerch incident within the framework of the procedures stipulated by the convention.

Roman Kolodkin also noted that Ukraine conducted a provocative act trying to cross the border of the other party to the dispute in violation of well-known procedures. Ruslan Khomchak, the new head of the Ukrainian General Staff, confirmed that it was dangerous to send ships to the Kerch Strait at that time. According to Khomchak, one needs to ask questions to commander of the Ukrainian Navy, Igor Voronchenko.

Russia may not execute the court decision, because during the ratification of the Convention on the Law of the Sea in 1997, it was stipulated that Moscow had no obligation to adopt dispute settlement procedures provided for by the convention that lead to binding decisions on the implementation of sovereign rights and jurisdiction. The case in question carries an aspect of the status of the Kerch Strait.

Aleksander Vylegzhanin, a professor at the Department of International Law at the Moscow State Institute for Foreign Relations, told Pravda.Ru that residents of the Crimea voted for the reunification with Russia after the coup in Kiev in 2014. Accordingly, the Kerch Strait remains under the jurisdiction of Russia, whereas this water area used to be considered the internal waters of Russia and Ukraine.

"The Hamburg Tribunal has no jurisdiction to consider the status of the Kerch Strait, because one needs to consider a number of other issues, namely, whether the United States intervened in the coup in Ukraine in 2014, and whether Crimea's territorial sovereignty changed," Alexander Vylegzhanin told Pravda.Ru.

According to the Russian Ministry for Foreign Affairs, it could have been possible to avoid the crisis in the Kerch Strait if the Ukrainians had observed the requirements of the Russian legislation concerning navigation in the given region. "We urge the Ukrainian side to act accordingly henceforth," a representative of the department said.

Anatoly Salutsky, a writer and expert at the UN Alliance of Civilizations, said in an interview with Pravda.Ru that Russia and Ukraine had made all necessary legal reservations when the countries signed the convention. Ukraine turned to Europe with a request to impose sanctions on Russia, but they are not likely to follow.

"The utterly wrong thing to do here is to threaten Russia. If Ukraine had not done so, Russia could have freed the sailors as a gesture of goodwill. Yet, Ukraine wants to impose sanctions, Ukraine threatens Russia, which makes a possibility for a goodwill gesture unlikely. We need to choose a moment and release the Ukrainian sailors, but it should only be a gesture of goodwill, rather than submission to the ruling of the International Tribunal of the United Nations," the expert told Pravda.Ru.