Russian Foreign Minister Sergei Lavrov had a meeting with the administration of the Taliban* terrorist organisation in Moscow. Originally, the Russian government intended to have representatives of the government of Afghanistan involved in the talks. The latter, however, refused to talk to terrorists in the capital of Russia. Russia's Foreign Minister did not miss such an opportunity, though. After the meeting, a member of the Taliban,* Mohammad Abbas Stanakzai, set out a hope that such meetings would take place in the future as well. 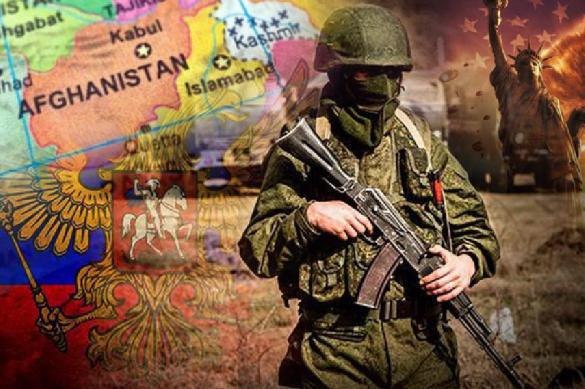 Daria Mitina, ex-deputy of the State Duma of the Russian Federation, granddaughter of the Prime Minister of Afghanistan in 1963-1965, shared her point of view on the subject of why the Russian government wants to conduct negotiations with terrorists.

"Why does the Russian government negotiate with terrorists?"

"Ashraf Ghani, the sitting head of state, came to power in a completely different way. He took office as a result of the official election that divided the country into two opposing camps. Ghani defeated incumbent Prime Minister Abdullah Abdullah by a slender majority. It is believed in Afghanistan that the candidates won an equal number of votes and found a compromise to make Ghani the president and Abdullah - the prime minister.

"Nevertheless, the Taliban*, continues to believe that Afghanistan still remains in the hands of the United States. Today, the Taliban* takes more and more regions of the country under control, and Moscow is trying to make the parties to the conflict negotiate."

"Still, it just so happens that Russia is negotiating with terrorists. How can it be possible at all?"

"One can negotiate with anyone, even with the devil himself. The main thing here is the goal. If the goal is to resolve the Afghan issue and establish peace in the country, then the talks are perfectly justifiable. In this particular case, however, the story is quite complicated. Look at Russia's actions in Syria. Russia found there the terrorists with whom negotiations can be possible. During several years of its military presence in Syria, Russia managed to establish dialogue between the parties that used to kill each other before. Russia started the peace process in Syria, and nearly all territories of the Arab republic have been liberated from criminal groups.

"In Afghanistan, everything is different, to put it mildly. Kabul believes that Russia wants to overthrow the current government in Afghanistan to put a representative of the Taliban* in power. Afghan officials do not accept the idea of Moscow's intention to negotiate with the Taliban*. The Taliban* is just like the Islamic State*, a local version of the movement. No one knows what the Taliban is going to do in the future - maybe the movement will decide to expand its sphere of influence. In general, Russia should view the Taliban as a real national threat."