Russia to abandon the US dollar at common people's expense

Andrei Kostin, the head of VTB Bank, shared his plans for the future of foreign currency in the Russian Federation. During the Eastern Economic Forum, Kostin, who is ranked one of Russia's most prominent bankers, suggested legal addresses of Russia's largest holding companies should be transferred under Russia's jurisdiction. According to him, foreign registrations of Russian legal entities makes the fulfilment of subsequent tasks more complicated. 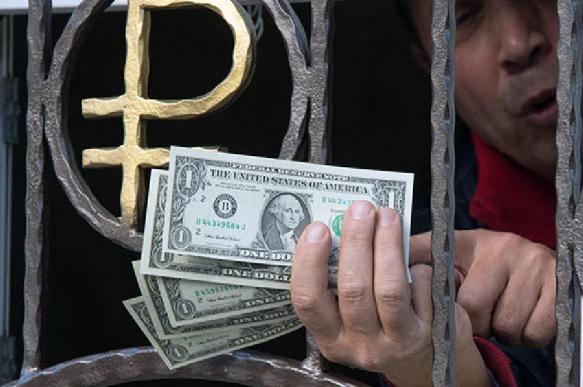 Kostin pointed out the need to place Eurobonds on Russian platforms and abandon the primary depository in the form of Euroclear. Many experts believe that such suggestions would take Russia towards self-isolation.

The head of VTB also pointed out the need for all participants of the stock market to adhere to "unified rules." Some assumed in Russia that Mr. Kostin thus wanted to punish the Americans for the sanctions that they had imposed on him.

In a nutshell, Andrei Kostin offered President Putin a plan to refuse from the US dollar. The plan is not very original: Kostin suggests making Russia an outcast country, in which dollar settlements would be excluded.

Iran and Venezuela had taken such measures for their economies some time ago, but neither Iran nor Venezuela have showed an economic breakthrough yet. Quite on the contrary, the two nations suffer from declining national currencies and a plethora of restrictions. Some suggested Mr. Kostin could go to Venezuela or Iran to learn a few lessons there.

Earlier, Andrei Kostin caused quite a stir in Russia, when he said that Russian citizens' dollar deposits could be converted at market value into rubles.

Experts were more restrained in their assessment of Kostin's suggestion. Maksim Shein, the chief investment strategist of BCS, told Pravda.Ru that it makes no difference what currency banks choose to return deposits to clients - the most important thing is to have foreign currency deposits converted into rubles at market value.

The problem of Andrei Kostin's statements and reactions to them is about the radical presentation of such information. It is clear to all in Russia that the national market will grow increasingly national and ruble-oriented against the backdrop of sanctions and Russia's course to economic sovereignty. Mr. Kostin tries to hold common people accountable for the economic crisis in the country.

Many people in today's Russia still remember the attitude to foreign currency in the USSR. However, the Soviet Union used to have a developed social system. All the recent moves of the Russian authorities in relation to the retirement age indicate that Russia is taking a sharp liberal turn in economy. Currency restrictions do not fit into liberal reforms.

Clearly, Russian banks need to develop and grow under the conditions of economic and financial restrictions, especially when President Putin talks about the need for a major economic breakthrough.

The people, however, are not happy about the fact that the breakthrough is going to be made at their expense. This gives rise to panic and scathing comments about Mr. Kostin and his suggestions.

It is wort mentioning that the amount of transactions signed within the scope of the Eastern Economic Forum in Vladivostok totalled nearly three trillion rubles. Perhaps it is too early to put a cross on the Russian economy and expect dark years to come.

Russian government prepares to get rid of US dollar in economy

Default in Russia? No, more likely in the USA

Is the US dollar system going to collapse ever?