Russia intends to continue exporting aeronautical titanium and rocket engines to the United States despite the crisis in relations between the two countries, Deputy Foreign Minister Sergei Ryabkov told reporters. 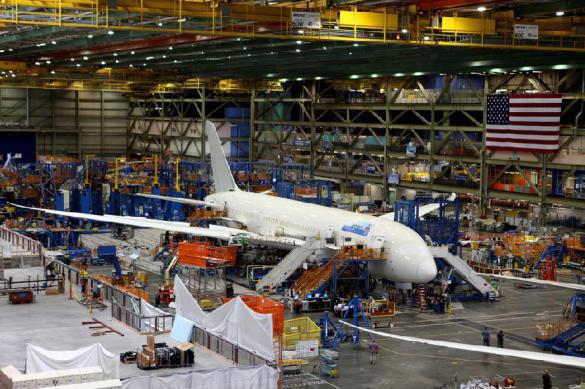 "We firmly believe that we must not cause damage to ourselves. Ideas to cut the supplies of rocket engines for the US space program or aeronautical titanium that is produced at a joint venture with Boeing, or other positions of our exports to the US should not be considered as options here," Ryabkov said.

According to him, the decision to stop exporting rocket engines and aeronautical titanium to the United States would be equivalent to shooting oneself in the foot and causing damage to one's own economic operators.

On June 4, Russian President Vladimir Putin signed a law on sanctions against the United States and its allies. The document entitles the Russian government to introduce various measures to counteract anti-Russian sanctions. The measures should first be coordinated with the head of state. Yet, retaliation measures should not affect essential and vital goods, which Russia does not produce.

US-based Boeing Corporation is the largest consumer of Russian titanium produced by VSMPO-Avisma.

The weak point of titanium is its price. Titanium is five to ten times more expensive than aluminum. In addition, titanium is a material that is difficult to process, which increases the cost of its production even more. For this reason, titanium is used only when strength and thermal stability is crucial.

It is worthy of note that titanium can be replaced with a composite carbon fiber material, which has been increasingly used in aircraft construction lately. For example, titanium parts make only 15 percent of the fuselage of Boeing 787 aircraft.

US can not do without Russia in space
Author`s name Dmitry Sudakov
17:09
If the West caps prices on Russian oil, Moscow will not shoot itself in the foot
19:40
Putin answers question about further mobilisation in Russia
18:37
Video shows Russian Su-35 destroying Ukrainian aircraft
17:05
Former US Marine Corps general commands PMC Wagner foreign fighters
16:32
Putin meets mothers of Russian servicemen who take part in special operation in Ukraine
15:26
Crimean governor denies reports about Iranian instructors killed in Crimea
14:12
Zelensky continues talking rubbish instead of peace
19:52
Patriot air defense systems in Ukraine will be powerless against Russian missiles
18:08
Zelensky plans to mobilise all Russian-speaking people to get rid of them on battlefield
16:55
Moscow responds to Emmanuel Macron's criticism of Ukraine missile strikes
Russia responds to remarks about Washington getting ready for conflict with Moscow