'Iron curtain' is falling: Visa centers to be closed in Russia

On Thursday, July 26, many Russians could see the phantom of the good old iron curtain falling between Russia and the West. The news came from the press secretary of the Russian Union of Travel Industry, Irina Tyurina. 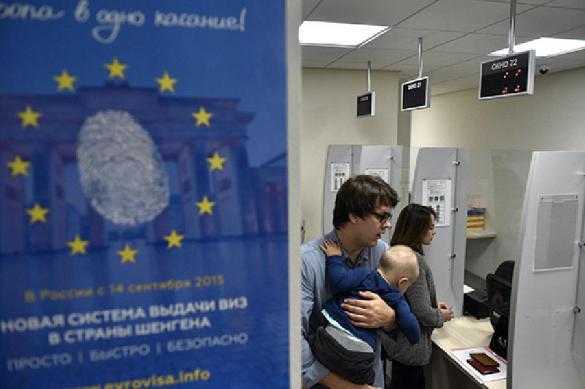 Last week, United Russia MPs proposed amending the federal law about the procedure to leave and enter the territory of the Russian Federation. In accordance with these amendments, the Russian Ministry for Foreign Affairs should hold mandatory accreditation of all companies rendering intermediary visa registration services to Russian citizens.

In order to obtain accreditation, a visa issuance company is supposed to have representative offices in at least 20 regions of the Russian Federation, whereas the share of foreign participation in the authorized capital of the company should not exceed 20 percent. In addition, applicants should have certified technical means to process confidential information (including biometric personal data). The amendments also require at least three years of experience in collecting and processing documents for obtaining visas on behalf of diplomatic missions and consular missions.

According to the press secretary of the Russian Union of Travel Industry, Irina Tyurina, none of  existing operators can meet the criteria proposed in the draft law. For example, it is unclear how they should comply with the requirement of foreign participation.

Presently, there are six companies that run visa service centers in Russia: VFS Global, GVCW - Greece, VMS - Italy, BLS - Spain, India, TLS - Great Britain, Switzerland, Belgium and Pony Express. The information on each of these companies is available to the public in the state register of legal entities.

It is unlikely that these companies can be replaced with Russian ones: even if they meet all other requirements, Russian companies will not have three years of experience in rendering visa services.

Needless to say that the adoption of amendments will trigger a mirror response from other countries. In this case, big plans to attract foreign tourists to Russia, especially after the World Cup, may not materialize.

To make matters worse, residents of Russians regions will have to come to Moscow to get a visa to a foreign country. They will also have to spend many hours standing in long lines to visa departments of foreign embassies, as it was practiced during the 2000s.

In a nutshell, all this is nothing but bad news that, if it becomes real, will complicate the lives of all Russian travelers. The news triggered countless "iron curtain" discussions in social media in Russia. The "iron curtain" has many holes in it as Russia has visa-free regime with many countries. Yet, the curtain would be very strong when it comes to a trip to Europe or to the States.

"At the initiative of the president, we are currently preparing proposals to simplify visa procedures. There are a number of countries that have already simplified the procedure to issue visas for Russian citizens. I haven't heard of the initiative that you're talking about. The State Duma's Subcommittee on Tourism (Sergei Krivonosov heads it - ed.) works to simplify visa procedures," the MP told Pravda.Ru.

"We do want to make the procedure simpler, because we've had problems with bankruptcies of tour operators. We believe that an electronic visa can help. I am sure that there is no iron curtain of any type involved," Sergei Krivonosov added.