Gasoline prices in Russia: Free like a bird after elections

Prices on gasoline in Russia are going crazy again. This is amazing: no matter how oil prices would fluctuate, prices on gasoline always rise for Russian customers. In May 2018, gasoline prices went up by one ruble in only one week. It's not the rules of the WTO or a market economy - someone just gave a go-ahead from the top: the elections are over, and now is the time for unpopular decisions. 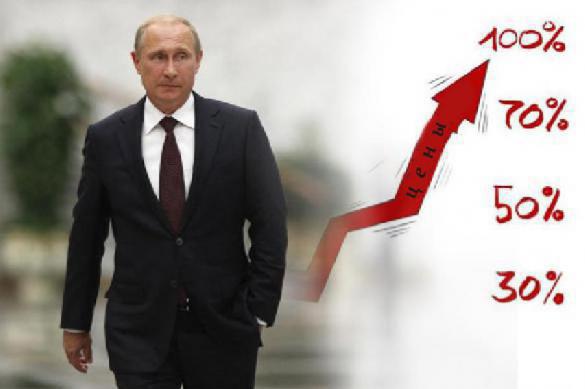 On May 21-25, retail prices for gasoline AI-92 and AI-95 increased by seven percent in Russia.

Vadim Novikov, member of the expert council for the development of competition under the Government of the Russian Federation, told Pravda.Ru that the budget of the country takes advantage of high oil prices.

If oil prices grow, gasoline prices should go up again, and the government has no reason to interfere in this market situation, the expert said. "It is not only market sellers that compete, but also ordinary buyers. Accordingly, Russian buyers compete with foreign buyers. As practice shows, conditions of certain equivalence appear so that sellers could deal with all groups of buyers - everyone should give equivalent bids," Vadim Novikov told Pravda.Ru.

"Russia can close borders, and then the Russian market will never be linked with the foreign market, but then Russia will lose export revenues, which currently make the backbone of the Russian budget," the expert concluded.

Why not try and do that? Is there a market in Russia at all? Gasoline prices were rock stable prior to the presidential election. However, as soon as the new government was formed, the situation changed dramatically.

Before the elections, the volumes of oil products that would be sold at exchange made up 50-60 thousand tons daily. This volume would reduce the growth of wholesale prices and, accordingly, retail ones. Currently, they sell 10-12 thousand tons, which pushed wholesale prices up by 12 percent in a month and by 30 percent over the past week. It is hard to tell who gives a go-ahead for the change in sales, but there is someone, of course.

In other words, the Russian economy is a directive economy in the worst sense of the word, because it ensures political victories. Capitalists of a smaller rank take advantage of it too. The cost of gasoline should not greatly affect the growth of prices on food, electricity, etc., but it does - with a profit margin of 100-200 percent, which triggers inflation. The boomerang returns with, among other things, lower excises that go for road maintenance.

As a result, it is common people, common Russian taxpayers and customers, who pay for all this. They will have to work more to be able to retire and they will have to compensate for the price growth through a higher value added tax. Is the new old government going to do anything about it?