Putin’s biggest challenge in Russia is Putin himself

In his inaugural speech, Vladimir Putin spoke about such things as "deep protection" and "bureaucratic deadness" that Russia needs to struggle with. There were other highly important things in his speech that deserve attention. 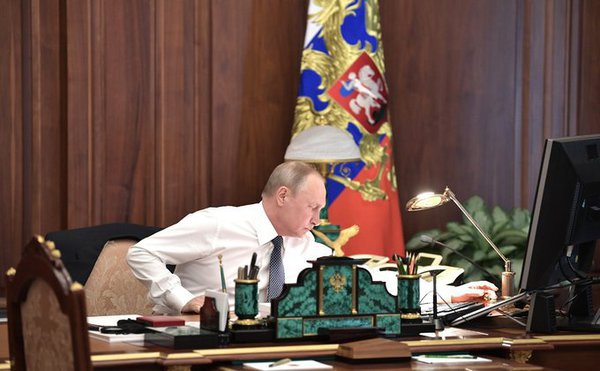 In particular, Putin spoke about the need for a comprehensive breakthrough in many areas and said that the decisions that the authorities are going to make during his current term as president will determine the future of the country for decades to come.

Everything is more or less clear about the Russian conservatism and traditional values. However, Putin's message about the need for a breakthrough and the need for freedom as the basis for this breakthrough appeares as a new and fresh feature in Putin's public appearances. It seems that the president spoke about it for the first time during his most recent Address to the Federal Assembly. He reiterated those theses in a more concise form in the inaugural speech.

One needs to bear in mind the fact that Putin is not one of those who is prone to cheap populism. He does not make unsubstantiated statements either. If Putin says something, he is going to do it. Putin said that Russia needs a breakthrough, which means that he is going to do his best and take maximum effort for the country to make this breakthrough happen.

Predictably, there are some problems that the president is going to come across with. The Russian political system is the first one of them. The system is neither good nor bad in itself. Of course, it has its problems and flaws, but is there an ideal state system in the world?

The point here is that the current Russian state system does not provide for an opportunity for dramatic and quick changes. In fact, it excludes them, except for force majeure cases, such as the Crimea issue in 2014 or South Ossetia in 2008. In both of those cases, the Russian state system started working like a clock or a Kalashnikov assault rifle, better to say: quickly, accurately, smoothly, despite all possible negative factors from the outside.

Normally, however, the Russian state system functions as a sapper, who never needs to hurry. This is a peculiar feature of the Russian mentality in general. A good old Russian proverb says: "A man (muzhik) will not cross himself until a thunderstorm strikes." We all know it about ourselves, and the Russian political system works this way because it is based on people of the same mentality.

Putin's ultimate goal is to change the inner logic of this system. Being its architect, the president needs to change the mentality of the people, who make decisions and implement them at the local level.

Secondly, reforms can be dangerous as they usually evoke negative reactions among people. They conduct reforms for the sake of reforms, but not the people. People will have to have some patience. Putin is very well aware of that - he knows that the authorities need to protect people against negative consequences of his reforms.

Thirdly, the most complicated and unusual factor that Putin will have to overcome is Putin himself - his style and approach to solving problems and answering challenges.

Putin, like those "sappers", does not hurry. If there is something in the system that works positively at least a little bit, Putin prefers not to change it - he prefers to leave it as it is as long as it does not produce a negative effect.

This is a very slow, cautious and stepless evolution, which does not fit into the logic of a major breakthrough for the whole nation. How can Putin step over his own dogmas?

In his inaugural speech, Putin said that the main goal of his life was to serve his Fatherland. In fact, he reduced himself to the state function. In Christianity, this self-enumeration is called "kenosis". One needs truly titanic inner strength for such an attitude towards one's own power and one's own life. One shall assume that Putin has the strength to counter his own system and his own self.