USA works to attack from space

The United States will be able to strike blows from space already in a few years, the Chief of Staff of the US Air Force David Goldfein said. According to him, the US needs to achieve predominance in space just as much as it needs to achieve leadership in airspace. 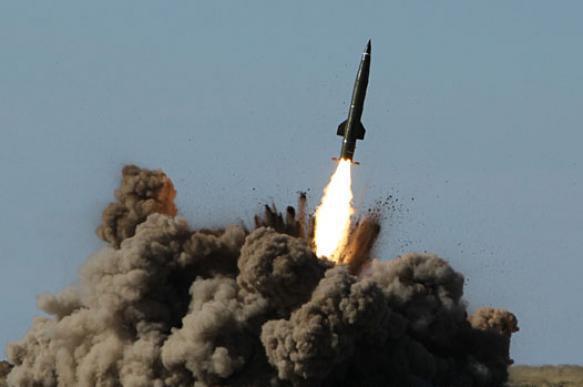 The agreement on principles of activities of states for the exploration and the use of outer space was signed in 1967. The document does not allow the deployment of nuclear weapons in space, but it does not ban the deployment of other types of weapons there either.

In 2008, at the Conference on Disarmament, China and Russia introduced a draft treaty that would prohibit the deployment of any kind of weapons in space of and exclude the use of force against space objects. However, the document has not been adopted yet.

Pravda.Ru asked an expert opinion from military expert of Arsenal of the Fatherland magazine, Alexei Leonkov, to find out what threat the new initiative of the United States poses to the world.

"The Americans have been seriously dealing with issues of the militarisation of space. They have a number of programs on their completion stage. As soon as they launch weapons into space, another arms race will kick off. Russia proposed signing the treaty on the demilitarisation of outer space in 2011, but the Americans rejected the initiative, because many of its regulations did not leave them any loopholes to deploy any weapons into space save for reconnaissance vehicles.

"The militarisation of space is a component of the concept, which the US has been following to rebuild their armed forces. They plan to strike instant blows within an hour and develop several programs to create hypersonic aerial vehicles," the expert said.

In addition, the United States has a project known as HTV Falcon. As part of this project, the Americans will put into orbit a spacecraft carrying assault elements made of solid alloys.

If such a block descends from orbit at a speed of five to seven kilometres per second, one will not be able to shoot it down. In addition, upon touchdown, the object will strike the so-called kinetic impact that will cause destruction, but exclude contamination of the territory and other consequences. Moreover, it will be possible to retrieve the block and use it again.

In addition, the disc can then be removed and used again. Nowadays, one can track and monitor any launch of any missile. In case of threat, the missile can be destroyed.

The aerospace system allows to launch such vehicles from an airplane that ascends to an altitude of 15-20 kilometres and launches a second or a third stage. Tracking such a launch is practically impossible.

"Russia has been working a lot lately to upgrade its air defences. We are all waiting for S-500 systems to arrive. Russian space engineers develop a new engine that will enable spacecraft to manoeuvre in space. They will be able to approach a satellite, and they identify it as dangerous, they will be able to destroy it. Unfortunately, however, Russia responds when it is too late, as it was the case with the import substitution. We could not support our producers until they imposed sanctions on Russia.

Star Wars: US afraid of Russia's attack in space
18:21
Zelensky's adviser builds gigantic castles in the air of supreme justice about Russia's future
17:17
German colonel: Even US-made MLRS arms will not help Ukrainian army
16:41
Russia's S-70 Okhotnik combat drone to fly over Ukraine in 2023
16:22
NATO wages war against Russia through the hands of Ukrainian people
15:00
US dollar smile can only make other economies toothless
13:36
Russian porn actress stabbed to death in St. Petersburg
13:21
US diplomat says who Putin is friends with among NATO members
17:26
Russia confirms explosions near military airfield in Crimea
16:54
Russian Foreign Ministry lashes Estonia for its call to ban Russians from Europe
21:31
Ukrainian army about to break down completely
World
Instead of new arms, Washington presents Zelensky with 'black spot'