Russia works to neutralise the USA's Prompt Global Strike strategy. The Pentagon has admitted that Russia has an unmanned submarine capable of carrying a powerful nuclear munition. 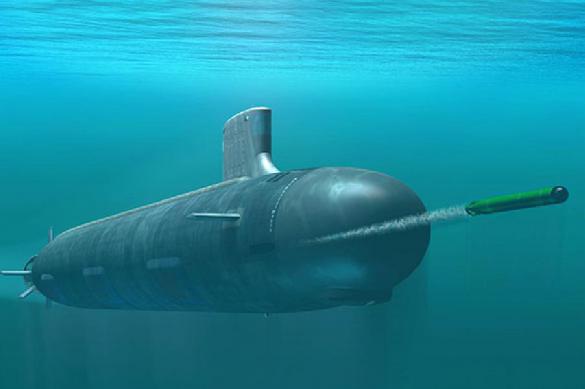 To destroy an enemy in 48 hours, the United States pays first priority to high-precision weapons - hypersonic shells fired from surface vessels. In addition, the strategy involves the use of the nuclear triad shooting non-nuclear projectiles. However, before anything can be made, aircraft will have to take off and gain altitude. There are effective anti-aircraft and air defence complexes against ICBMs, whereas submarines appear to be most invulnerable. A recent report from the Pentagon, published on January 14, says that Russia works to develop its undersea fleet.

Advantages of the submarine fleet

Submarines can strike targets when approaching enemy's sea borders, and one does not have to maintain costly aircraft carriers and military bases for the purpose. Medium-range sea-based missiles are exempt from the INF Treaty. The launch of Caliber cruise missiles from the water area of the Caspian Sea on terrorists in Syria showed the effectiveness of such weapons to the whole world. To crown it all, Americans and Europeans periodically detect Russian submarines off their coasts, but they are unable to track them.

For the time being, the United States has a quantitative and qualitative advantage over Russia in the submarine fleet, but, according to their own forecasts, the Americans will lose it by the end of the 2020s, if they do not take adequate measures.

Russia, on the contrary, has been taking great effort to take its submarine fleet to a new level. Russia eyes Project 955 Borei nuclear-powered submarines armed with ballistic missiles. There are three of them in the Russian Navy - Yuri Dolgoruky, Alexander Nevsky and Vladimir Monomakh. Five more subs are to arrive before 2020.

Another pinnacle of the Russian submarine fleet is the nuclear-powered Yasen submarines. These subs are superior to USA's Virginia submarines for their low-noise and missiles on board: Caliber missiles are more effective than USA's outdated Tomahawks.

By 2020, the number of Yasen submarines (now Severodvinsk and Kazan subs) is expected to be increased to eight. Russia also has 20 diesel-powered submarines (Varshavyanka Project) - a class that the Americans do not have, which minimises the quantitative backlog on nuclear submarines  plus SSBN (38 - 56). Diesel-powered boats are inferior in terms of their atomic capabilities, but they are equipped with formidable Caliber cruise missiles.

America needs to hurry up

The Navy Times reported a year ago that according to the current US Navy purchase plan for 30 years, the fleet of multipurpose nuclear submarines in 2022 would be less than the permissible minimum of 48 boats, whereas only 41 submarines would remain in another six years. This is 25 subs below the new plan of 51 boats, which is to be implemented by the middle of the century, Real Clear Defense wrote.

One needs to produce two multi-purpose submarines a year to make up for the Los Angeles class submarines (36 units) starting from 2027. As for SSBN submarines (ballistic missile boats), one will have to build at least one Columbia type boat annually to replace the ageing Ohio class.

The first submarine of this type will reach its service life in 2027. Thus, one needs to start the construction no later than in 2021.

The report states that Russia develops and deploys new nuclear warheads and launchers in an effort to modernise every link of the Russian nuclear triad.

Ocean Multipurpose System Status-6 autonomous torpedo was tested in November 2016, Defense News said. The torpedo was launched from the Sarov submarine. The torpedo is designed to be launched from at least two different classes of nuclear submarines, including the 949A Antey, which can have four unmanned Status-6 vehicles in service, the publication notes.

Such vehicles can be used to destroy major ports of US submarine forces, such as Kings Bay (Georgia) or Puget Sound (Washington), Washington Free Beacon wrote two years ago suggesting that it would take Russia years to develop similar weapons.

It turned out that it took Russia only two years. The information about nuclear weapons for the Russian fleet was published in the annual report of Rubin-Sever design bureau (Severodvinsk) in July 2016. It says that the Status-6 system is based on an unmanned underwater robot - a giant deep-sea high-speed torpedo with a nuclear warhead and a range of 9,977 km and the maximum speed is 56 knots. For comparison, the speed of the American Seawolf type multipurpose submarine is up to 35 knots.