Russia has delivered a large batch of weapons and military equipment to Philippines, the Manila Bulletin wrote. In particular, Manila received 5,000 Kalashnikov assault rifles, the same amount of helmets, a million cartridges and 20 army trucks.

The publication calls the above-mentioned supplies a "donation," which implies that Russia provided all those assault rifles and equipment for free. The ceremony took place in the port of Manila aboard large anti-submarine ship Admiral Panteleev of the Pacific Fleet of Russia.

President of the Philippines Rodrigo Duterte attended the ceremony. He did not deliver any official speeches and only expressed words of gratitude to the Russian side. Russian Defence Minister Sergei Shoigu and his Philippine counterpart Delfin Lorenzana were also present at the ceremony.

Spokespeople for the Department of National Defence of the Philippines said that Moscow's gesture makes it possible to deepen the relationship between the two countries. It was also said  that the Philippines would use the received weapons for "various operations of the Armed Forces of the Philippines." In the first place, officials added, the Russian weapons would be used in the fight against terrorism.

The delivery of weapons occurred the day after the governments of Russia and the Philippines signed an agreement on military-technical cooperation between the two countries.

According to the Russian Defence Ministry, the agreement was signed within the framework of the fourth meeting of defence ministers of member-countries of the Association of Southeast Asian Nations (ASEAN) and dialogue partners.

Earlier, Philippine Defence Minister Delfin Lorenzana stated that Russian weapons would be delivered to the Philippines on October 22. The President of the Philippines noted that Russia wanted to keep this gift a secret, but he decided to announce it, because such secrets are hard to keep. Duterte also said that the Philippines needed those weapons to struggle against the Islamic State terrorist organisation (banned in Russia). In May this year, Islamist terrorists seized the city of Maravia in southern Philippines. More than 100 people were killed in hostilities. The struggle for the city lasted for five months. On October 23, Philippine authorities announced victory over the terrorists.

It is worthy of note that Russia is not the only country that provides military assistance to the Philippines. Earlier, China gave the island nation more than 6,000 assault rifles and 100 sniper rifles. 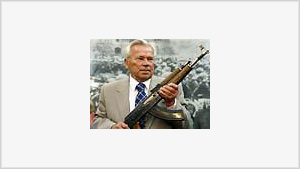