USA finally throws its relationship with Russia into a bin

The Ministry for Foreign Affairs of the Russian Federation has once again expressed its indignation at how the US authorities handle Russian diplomatic facilities that had been closed in the United States in response to Russia's move to expel American diplomats from Russia. Maria Zakharova, the official spokesperson for the ministry, said that the latest move of the United States to remove Russian flags from the buildings of the Russian consulate in San Francisco and the trade mission in Washington was "outrageous." According to her, the Americans act "like invaders" and rummage in  consular archives. 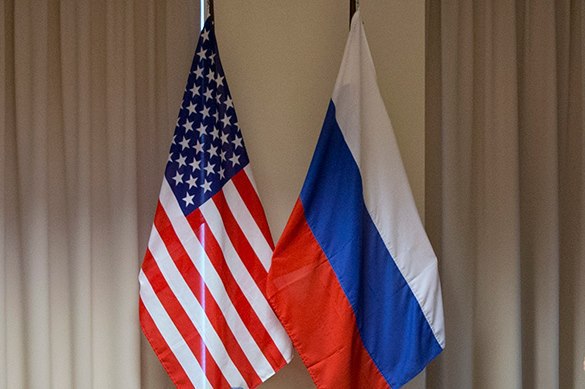 During a briefing on Thursday, October 12, Zakharova stated that the US authorities committed another hostile act against Russian diplomatic premises in the United States. "We regard the incident as an act of outrage upon a state symbol of the Russian Federation, and we have expressed our strong protest to the United States," she said. "Of course, the Russian Federation has not given any consent for the flags to be removed," Zakharova said.

Zakharova compared the actions of the American authorities committed at closed diplomatic facilities with occupation. "This was done by the people who invaded the Russian territory without an invitation, broke the gates, the entrance doors, and have been doing there what they want since then not even like raiders, but rather like occupants," Zakharova said.

According to Zakharova, not only have the Americans removed the flags from the diplomatic buildings, but they also examined the documents inside. "In addition to the blatant attack on the flags, the Americans do not conceal the fact that they have also rummaged through the documents in the office of the Consulate General in San Francisco, even though consular archives shall be considered inviolable in accordance with the bilateral Consular Convention. They shall be inviolable always and everywhere, even if a consular institution stops working," the official representative for the Russian Ministry for Foreign Affairs said.

According to Zakharova, the statement from the US State Department which said that no one deprived Russia of the rights for those buildings was "outright hypocrisy." "Russian employees are not allowed there. During the recent months, Russian representatives have been denied access to five objects of the Russian diplomatic property in the United States. We have never had anything like this in the history of the US-Russian relationship," Maria Zakharova concluded.

Earlier, the Russian side expressed serious concerned and indignation about the removal of the Russian flags from the building of the Office of the Consulate General in San Francisco, as well as from the Russian trade mission in Washington. Russia demanded the flags be returned in place immediately.

On October 2, representatives of the Ministry of Foreign Affairs of the Russian Federation reported that the Americans had fully occupied the premises of the Russian Consulate General in San Francisco, including the residence of the Consul General. Entrance doors to the buildings were broken, while the buildings themselves were searched. US State Department officials, in turn, said that employees of the department made the round of the Russian premises after all diplomats had left them.

Nevertheless, the buildings in question still remain the property of Russia, except for the office of the trade mission, which Russia was renting. However, the Diplomatic Security Service of the US State Department and its foreign missions department have taken the objects of the Russian diplomatic mission under control.