Why is Russia world's largest country?

It is an open secret that Russia is the largest country in the world. Russia is nearly twice as large as  China or Canada. Why is Russia so big? Was Russia's expansion an era of colonialism or were the Russians simply discovering and developing new lands? If it was colonialism, the very location of Russia that stretches almost across the entire Eurasian continent, would create difficulties with establishing the borders of both the mother country and her colonies. One could conditionally refer to Alaska as Russia's colony, but it lacked the typical feature of colonial policy - the enslavement of indigenous peoples. 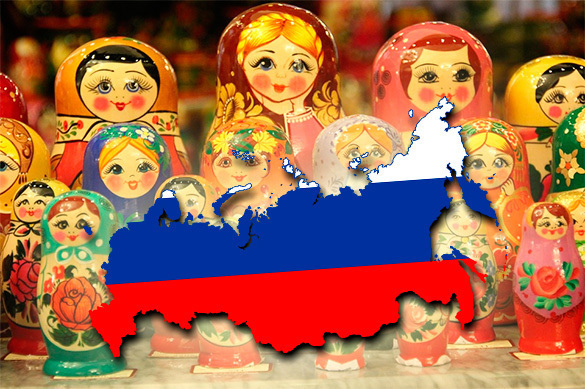 Director of the Institute of Russian History of the Russian Academy of Sciences Yuri Petrov believes that "the expansion of the Russian territory and the annexation of other nations can not be categorised as colonisation, because the process was characterised with the merger of elites, which was not typical for classical colonial regimes."

Western historiography shares an opposite point of view on the subject. In particular, a resolution of the US Congress about enslaved nations claims that Ukraine, Belarus, the Volga region, Kazakia and even North Korea are among territories and states that Russia has enslaved and deprived of their national identity.

Historian Konstantin Minyar-Beloruchev, who by no means idealises the "imperial policy" of Russia (Caucasian wars, Central Asian campaigns, Stalin's deportations) draws attention to much more comfortable conditions for national life and development in annexed lands, in contrast to the indigenous people of the United States or colonies of the West.

Due to geopolitical peculiarities, in which the old Russian state found itself, special conditions were created for the development of Eurasian space. The populated west, south and the severe north left broad prospects only in the east. However, as history has shown, Russia's expansion was successful in all directions.

American political scientist George Friedman tries to connect Russia's expansion with its insecurity, when Russia could count only on its inhospitable climate and harsh natural conditions. A variety of external threats created a precedent for building an aggressive state policy. According to the US historian, the Russian history chronicles survival from one form of aggression to another.

Friedman identifies three phases of Russia's forced expansion. The first phase, which began under Ivan III, created "buffer" zones in the west and in the east to stop external threats. The second phase came into force under Ivan the Terrible and was a lot more risky. Having reinforced its positions in the northern Caucasus, Russia defended herself from the countries of Lesser Asia.

The third phase began with the reign of Peter the Great and referred to the West. Having strengthened her flanks on the Baltic and Black Seas, Russia, according to Friedman, could become  more secure.

The consolidation of central power in Moscow and the "gathering of lands" created conditions for the Russian state to enter important trade routes and develop its foreign policy.

With the accession of Ivan the Terrible to the throne, the process of land accession entered its active phase and was connected with the strengthening of eastern borders. Heirs of the Golden Horde - the Kazan, Astrakhan and Siberian khanates - would become parts of Russia one after another. The process resulted in the creation of reliable outposts and gave Russia an opportunity to move farther to the east.

Russia's remoteness from sea routes and, as a result, the absence of wide opportunities to develop both the trade fleet and the navy became one of the most important reasons for Russia's desire to reach ice-free ports of the Baltic and Black seas and the Pacific coast of the Far East. The policy was fully implemented during the times of Catherine II, although its outlines appeared back during the reign of Ivan the Terrible.

Many peoples and countries that used to be parts of two superpowers - the Russian Empire and the Soviet Union  - have had uneasy relations with present-day Russia.

Researchers at Eurasian Monitor Centre analysed 187 school textbooks from eleven post-Soviet states, including Latvia, Ukraine, Azerbaijan, Georgia, Uzbekistan, and Kazakhstan. The conclusion of the researchers was predictable: most school textbooks of former union republics describe Russia as a colonial empire that ruthlessly exploits the national periphery and oppresses inhabitants.

The idea of Russia's colonial expansion is most vividly expressed in the historiography of Central Asian countries. The authors of textbooks of those countries emphasise that Russia had used the region as a resource base, from which the country had exported silk, cotton, caracul and mineral wealth. At the same time, those who accuse Russia of "imperial appetites" turn a blind eye to the fact that Russia had subsidised three-quarters of economies of those republics. As Russian Orientalist Alexei Vasilyev said, no other mother country (England, France, Portugal, Holland) had left developed economies in their colonies, but Russia had taken enormous efforts to develop economies in Central Asia.