Why Russia should declare war on offshore companies

According to the US National Bureau of Economic Research, Russian citizens keep a huge amount on offshore accounts, equivalent to about 75% of the national income. The growing economic pressure on Russia from the US and its satellites, expressed in ever more sophisticated sanctions and restrictions, can not but motivate Russia to strengthen its national potential. Russia's economic growth should be based on nationally oriented businesses. In this connection, the offshore-type economic structure that has developed in Russia appears to be an anachronism, which makes us a convenient target for unfair partners. 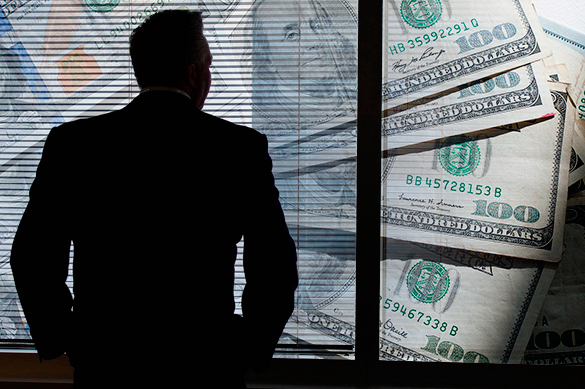 A way to evade taxes or tax optimization through offshores attracted the attention of Russian law-makers at the dawn of market reforms. Russian President Vladimir Putin said in December 2013 in his address to the Federal Assembly that income of Russian companies should be taxed regardless of the place of their registration, whereas offshore companies should be denied government support in the form of loans and guarantees, nor can offshore companies be admitted to state contracts and so on.

The matter of tax de-offshorization seemed to have broken logjams in January 2015, when regulations for the taxation of foreign companies came into force. According to those regulations,  Russian tax residents should account for such companies and pay 13% of income tax to the Russian budget if they spend more than 183 days a year in Russia.

However, the result of the decisions made was not very encouraging: taxpayers started to flee from the Russian jurisdiction.

Obtaining the title of a tax immigrant is not burdensome at all: it is enough to live in another country for more than 183 days, without renouncing citizenship and permanent residence registration.

About one third of 500 richest Russian businessmen decided to leave the country. Even the privileged flat rate of 13% did not help. Many are willing to pay taxes at rates of up to 30% of the Russian source of profit to be able not to declare income from foreign companies as tax residents.

It is difficult to accurately evaluate the losses that the Russian budget incurs as a result of all that, but one may say for sure that it goes about billions of dollars. In addition, a large part of offshored funds subsequently returns to Russia in the form of investments.

According to the Federal Tax Service, from 2007 to 2015, offshore territories, such as Cyprus, the Netherlands, Luxembourg, the Virgin Islands, Austria and Switzerland invested 363.74 billion dollars in Russia. The entire list gives 768.46 billion dollars, and this is an impressive number.

According to the Central Bank, the volume of questionable transactions and false transactions in order to evade taxes in 2016 amounted to about 800 million dollars. This should be supplemented  with legal operations within the framework of agreements to avoid double taxation. For example, 75% of all taxes on dividends are paid within the range from zero to five percent, керук than on Russian rates.

According to various estimates, the Russian budget could potentially receive from $10 to $80 billion a year as a result of de-offshorization.

The Panama scandal that broke out in the spring of 2016 was a blessing in disguise. The scandal became a catalyst for the global struggle against offshore companies. In April 2016, Germany published an archive of documents of Panamanian law firm Mossack Fonseca. The documents contained information about 320,000 offshore companies around the world, as well as questionable transactions in favor of many billionaires, celebrities, officials and even presidents.

The Organization for Economic Cooperation and Development (OECD) responded to the scandal by preparing a multilateral agreement to combat tax evasion. All signatories will be able to toughen existing bilateral agreements to avoid double taxation. The agreement introduces several additional requirements. A country must collect taxes if the final recipient is not its resident, and all profits go to offshore.

If a company creates a holding company that does not conduct any economic activity under an international agreement, countries will not be able to provide tax benefits to it.

Russia signed OECD's agreement on the implementation of the joint standard for the international exchange of tax information in May 2016. Thus, tax authorities should have access to information on foreign accounts of Russian tax residents, whereas Russian banks will have to transmit data on accounts of residents of the countries that appear on exchange lists.

Russia will join the data exchange no later than in September 2018. As a result, it will become even more difficult to hide from tax authorities. Will Russia be able to create a favorable business climate in the near future to be able to compete with offshore companies?