Seoul has reported a record growth in North Korea's economy over the past 17 years. A report from the South Korean central bank said that nominal GDP of the DPRK increased by 3.9% in 2016 and amounted to 32 trillion South Korean won (28.6 billion dollars). The growth was made possible owing to mining and industrial sectors. In 2017, North Korea has recovered from the drought and its economy continues growing owing to defence spending. A lion's share of DPRK's trade turnover  - 93% - falls on China. In 2016, it grew by 4.7 percent - up to 6.55 billion dollars. 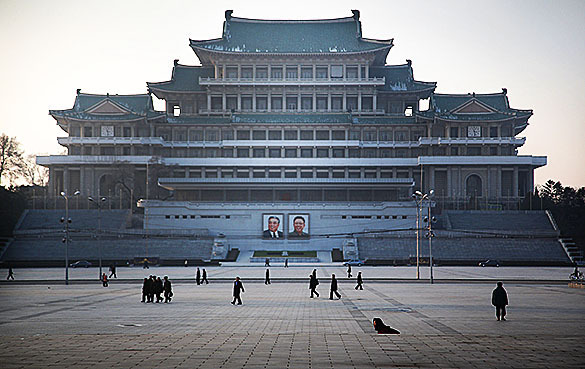 Can Russia expect an economic growth against the backdrop of sanctions, similarly to how it happens in the DPRK? Pravda.Ru talked about it in an interview with the head of the School of Oriental Studies at the Higher School of Economics, Alexei Maslov.

"Do you think the economic sanctions against Russia may instigate economic growth under conditions of international isolation?"

"As for the growth of the economy of the DPRK, one must take into account a few important details. First off, there is the so-called zero base effect. The DPRK started building its economy in the absence of serious industrial production. Therefore, a normal average level for them is a great achievement indeed.

Secondly, there are big doubts about the figures from the DPRK State Statistics Committee. On the one hand, it is absolutely clear that there is no famine and chaos in the DPRK. On the other hand, one can see prices on gasoline and petroleum products growing under sanctions, which ultimately leads to a decline in GDP.

"Thirdly, economic potentials of the DPRK and Russia are not to be compared, and the structure of their economies is completely different. North Korea has been living under sanctions for 20 years already, and their prime goal is to ensure food supplies for the people. They also redistribute all types of income for the development of the military sector. This is the only thing that the DPRK can objectively boast of."

"In Russia, the situation is completely different. First, we have a lot of social obligations to people: education, medical care, pensions, etc. All this takes a fairly large amount of money from the budget. Secondly, climate conditions and low population density beyond the Urals make transportation and any logistics more expensive. The DPRK is a compact, 25-million-strong country, which makes a very big difference.

Thirdly, the Russian economy has always been aimed at the rest of the world. I am not talking about oil and gas exports only - it also goes about foreign loans and investment. For the last ten years, Russia has been working as an open state and was integrated into the world economy. Russia was not transforming its economy for conditions of international isolation. The idea of export substitution can be dangerous at this point, because it puts the country in a position, when it always has to catch up with the economic development of other countries. This may impede economic development.

"Per capita consumption in the DPRK is ten times smaller than it is in Russia. It is highly unlikely that Russian citizens would be willing to live on North Korean standards.

"In the DPRK, there is a socialist model that we used to have in the days of the Soviet Union. The social sphere lives at the expense of state funds, but we must take into account the fact that the level of salaries in medicine is lower, the production of local medicines is cheaper, the level of social expenditure is lower as well.

"We believe that the DPRK is a state-run economy from top to bottom. In fact, North Korea already conducts economic reforms, although at a very slow pace. They do not talk about it, because it would mean that the DPRK abandons principles of socialism. There are small privately-owned restaurants and private factories there. To achieve the level of economic growth of North Korea, Russia would have to cut consumption and work exclusively for survival. There is another important detail. The DPRK is a state that threatens peace in the world, at least verbally. Russia wants to cooperate with other countries and rejects isolation."