A Serbian political analyst said when describing Russia's foreign policy that Moscow has a tendency to support official authorities of foreign states unless they show hostility against Russia, at least formally. This is a strategic problem of Moscow, the analyst believes. How true is this judgment? 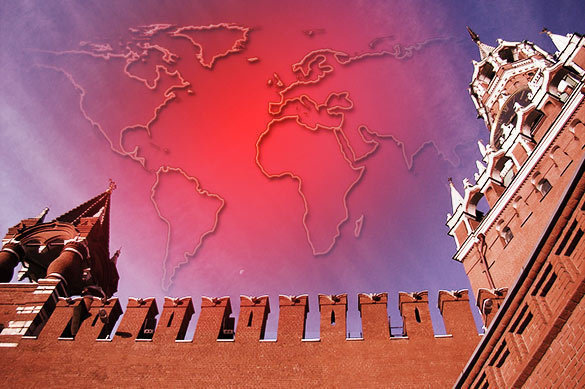 This question concerns the effectiveness of Russia's foreign policy today.

Is it correct to always stick to the principle of working exclusively with official authorities of foreign states? This is a principled position that has been repeatedly confirmed on the level of Russia's top administration, including President Putin.

For Russia, this is a traditional principle. As an illustrative example, one may resort to the diplomatic experience of Nicholas I. The emperor was known for his strict adherence to laws and rules of foreign affairs, whether it concerned peace time or war.

A characteristic feature of the foreign policy of Nicholas I was his rejection of revolution. He did not recognize its legality either inside his empire or elsewhere. Therefore, he strongly rejected a possibility of dealing with opposition forces in other countries. He was convinced that foreign policy, diplomacy and war were prerogatives of states rather than societies, official authorities and armies.

At the same time, Nicholas I believed that other countries would not try to shatter Russia from the inside by supporting revolutionary and (or) separatist sentiments.

The principle of non-interference prevented him, for example, from effectively working with Serbian forces operating in the Ottoman and Austro-Hungarian empires. The Russian emperor could not consistently support their desire for national self-determination to form their own state, despite numerous recommendations from many generals and diplomats. This was one of the reasons for the defeat of the Russian Empire in the Crimean (Eastern) war.

Russian history has an example of an opposite foreign policy strategy: Stalin's rule. During his era, Soviet Russia put main emphasis on working through most radicalized opposition groups. For this purpose, a foreign policy apparatus of the Communist International (Comintern) was established.

Stalin's foreign policy can be described as an antipode to the policy of Nicholas I. The emperor dreamed of uniting all European governments in confronting the threat of revolution. He did not understand why his honest chivalrous motives and aspirations were leading to a war with Europe. Unlike Nicholas I, Stalin sought to unite all oppositionists to overthrow bourgeois governments. He did not understand why advanced units of revolutionary armies were unwilling to go on a decisive offensive to unleash civil wars on the way to the so-called bright future.

The Comintern period of the foreign policy of Soviet Russia led to WWII.

The truth is in the middle.

Nicholas I was seriously alarmed by the unrest in Europe and frankly feared that the revolutionary  plague could easily infect Russia. He believed that European governments also feared revolutions and relied on what was later called class solidarity. He did not see that class interests were subordinated to national and geopolitical ones, that the mission of the West was to destroy Russia as an independent political entity at all costs.

Changes are most noticeable in the East, in particular, in Syria and Afghanistan, where Russia has established a substantive dialogue with both official authorities and various opposition groups.

In the European direction, changes are less significant. One may point out Russia's contacts with nationalist forces, such as the National Front in France. The fact that it leader Marine Le Pen lost the presidential election in France and her party subsequently lost positions in the National Assembly does not say anything. It's silly to believe that Moscow sought to bring the National Front to power. However, it is vital to maintain and develop the ties now.