A look at the map is enough to see Russia being almost completely surrounded by zones of instability and conflict, many of which are fraught with nuclear war. A clear understanding and deep awareness of this fact is necessary for developing a promising foreign policy strategy. 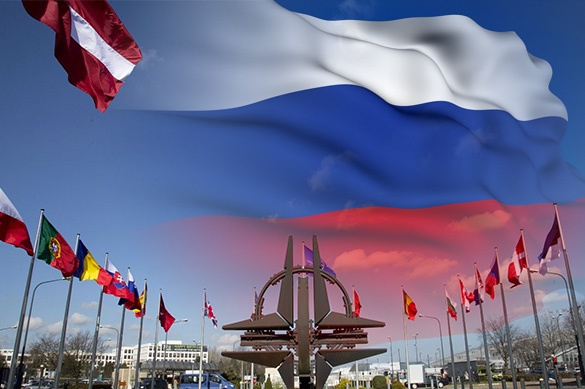 Alexei Gromyko, Director of the Institute for Europe at the Russian Academy of Sciences, said that the ongoing crisis on the Korean Peninsula and sharp escalation of tensions in the region increases chances for nuclear strikes near the borders of Russia.

"A sharp escalation of tensions, for example, between Pyongyang, Seoul, Washington and Tokyo, increases hypothetical chances for an exchange of nuclear strikes near Russian borders and a large-scale military conflict in the region," Gromyko said.

Until recently, many experts have shared a different point of view on the state of affairs on the Korean Peninsula. They admitted a likelihood for a small or even a big war to break out in the region due to North Korea's provocative activities or America's attempts to stop them. Yet, they preferred to turn a blind eye on the fact that the crisis could carry a direct threat to Russia. Yet, the problem of North Korea and its nuclear missile weapons is not a problem for the USA, South Korea or China - this problem touches upon Russia in the first place.

"The Adventures of Donald Trump in the White House" soap opera takes too much attention. We pay too much attention to what has been happening between Trump and his ill-wishers. It is much more important for Russia to see what is happening around the country. The Trump administration continues the course to isolate Russia internationally: a ring of flaming conflicts has been built around the Russian Federation.

In addition to the crisis on the Korean Peninsula, chiefs of border services of CIS countries noted the deterioration of the situation and the formation of direct threats in the Afghan direction.

In Transcaucasia, the unsettled Karabakh conflict remains a constant threat to shaky stability. In these circumstances, one side of the conflict - Azerbaijan - seeks to obtain support from Turkey. The other side, Armenia, relies on the military alliance with Russia. According to most observers, the ceasefire in the region is very fragile. Last year's events showed that large-scale clashes may erupt there at any moment.

A little farther from Russia's borders there is the Middle East, where wars have been flaming for years. The simmering conflict in Ukraine continues as well. The Balkans remain a traditional powder keg of Europe, where the West continues flaming numerous conflicts. If the region explodes, Russia will not be able to stay aside. Even the current latent conflict in the Balkans poses a threat to Russia's interests of peaceful and stable development.

Then, there is Eastern Europe and the Baltic region. Owing to the efforts of the Obama administration and NATO, these regions have turned into a source of direct and immediate military threat to Russia. NATO forces and heavy weapons, command structures and missile defence systems have been deployed in the region very close to Russia.

Large-scale NATO exercises planned for this year are capable of taking Europe to the edge, behind which a real war may erupt. Brussels decided to hold the manoeuvres in September, simultaneously with Russian-Belarusian exercises "West-2017." What if something goes wrong?

Scandinavia also holds largest-ever drills, not under the auspices of NATO, which gives the neutral Finland a right to participate in them. Not that long ago, former Soviet Baltic republics (Estonia, Latvia, Lithuania) were moved from the category of Eastern European countries to the category of Scandinavian countries. This, among other things, means that the Scandinavians - the Finns, the Swedes, the Norwegians - were supposed to take the Baltic States under their patronage.

The Scandinavian countries have had fairly even relations with Russia. Yet, the arrival of the Baltic countries in their ranks may disrupt the balance in favour of Russia's opponents. At the same time, the Scandinavians will seek any opportunity to impede the implementation of Russia's Arctic strategy.