The Caspian Flotilla of the Russian Navy kicked off tactical exercises in Russia's Southern Military District. About 20 ships and support vessels take part in the naval maneuvers, including missile ships Tatarstan and Dagestan, small missile ships Grad Sviyazhsk and Uglich, small artillery ships Volgodonsk and Makhachkala. A complex of rocket and artillery gun practices on sea, coastal and air targets will be conducted, the press service of Southern Military District said. 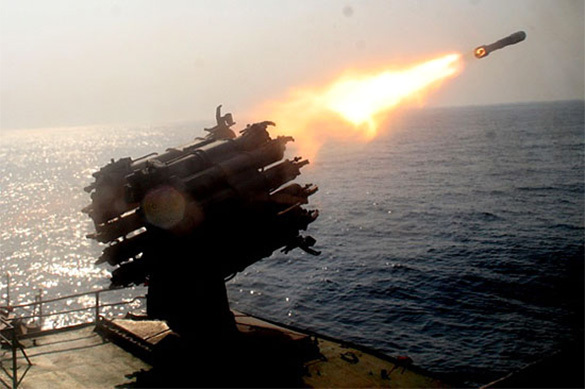 To ensure safety, the sea range with a total area of ​​about 1,5 thousand nautical miles has been closed for civil navigation for the period of the exercises.

Naturally, the exercises have not remained unnoticed. Many in Russia and abroad were expecting the Caspian Flotilla to attack targets in Syria again. However, the launches have not been made.

The Caspian Sea is the area of influence between five countries - Russia, Kazakhstan, Turkmenistan, Iran and Azerbaijan. For the time being, the parties share clear understanding of their territorial waters and exclusive economic zones. Yet, conditions for the division of the sea are still to be coordinated. Most likely, the sides will have to draw boundaries on the bottom of the sea and divide both the the water column and airspace above the water surface. It is worthy of note that the Caspian Sea is rich with gas and oil reserves, as well as high-end fish species, such as sturgeon.

There is an agreement to prevent non-Caspian states from deploying their military structures in the region. However, the agreement remains conditional and needs to be developed further. There are many Western oil and gas corporations working in the Caspian Sea. Azerbaijan has close ties with Turkey, which is a NATO member, whereas relations between Moscow and Baku have to be improved. Turkmenistan and Kazakhstan also maintain close cooperation with Turkey. Therefore, there is a danger for NATO forces to appear in the Caspian Sea.

It is not only Russia that increases its Caspian naval group. Iran and Turkmenistan follow in the footsteps. Nevertheless, Russia's Caspian flotilla remains the strongest in the region. The group of Russian Caspian warships - Tatarstan and Dagestan (project 11661), small missile ships Uglich, Veliky Ustyug, Grad Sviyazhsk (project 21631) are armed with Caliber cruise missile complexes.

Russia demonstrated the potential and capabilities of Caliber missiles in November 2015, when Russian warships attacked terrorist targets in Syria from the area of the Caspian Sea. The launches also showed that the zone of destruction of the Caspian Flotilla of the Russian Navy includes not only the entire Middle East and Central Asia alone -one can check it simply with the help of a map and a pair of compasses.