Russia: The defender of the truth

For many in the west, Russia has always been a pariah, the danger from the East, enshrined in many popular sayings about freezing easterly winds and frosts, enshrined today in political diatribes and sheer, barefaced lies in the media as a powerful "them" is created to justify the "us": NATO. 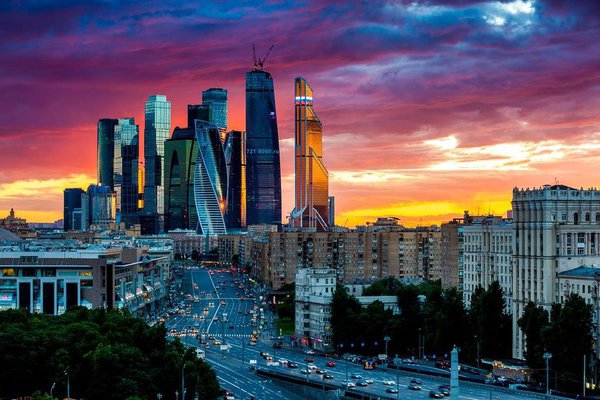 I feel for NATO, I really do. I mean, I really feel sorry for a supra-national, unconstitutional organism which does not have a legitimate target but which has a collective military spending statistic of one point two thousand billion dollars, each and every year, which is, in numerical terms, 1,200,000,000,000 USD, or one point two trillion. I repeat, yearly. So it's kind of like a house full of tablets, laptops and the latest wizzy gadgets with the fastest broadband internet connection inhabited by a 96-year-old spinster who hates the Net and whose electricity is supplied by a mule walking round in a circle out in the yard and whose water is drawn by the same mule from the well.

So what do you do with a one-point-two-trillion-dollar business but without a client? Well to a point you can survive for a while by forcing countries to spend two per cent of their GDP on NATO, and if most of the suppliers are linked to the United States of America's military-industrial complex, then that keeps the show on the road, as you keep on supplying more modern equipment.

However after some time people start to raise eyebrows and ask questions. So you have to find an enemy then through a policy of fear-mongering, you can manipulate policy like a puppetmaster. The Soviet Union was a massively useful ogre to invoke. It was large, powerful, had international clout and was (gasp) Communist. You know, one of those countries which provides excellent public services and housing and healthcare and utilities for free. With zero unemployment. So the corporations that pull the strings and control capital would lose out and God forbid if the Revolution spread! Something had to be done, and fast.

Reds under the Beds. They eat babies. They send you to Siberia. No really. You're eaten by bears. Russian food? It's an egg floating on some luke-warm water served by a matron with a moustache and beard, with a scar for a mouth and no tits.

All of these catchphrases were repeated ad infinitum until they became buzzwords and soundbites. The Demon was formed, Frankenstein had a life.

So weapons systems were sold as NATO held exercises against the foe from the East, the trillions of dollars came gushing in. Until one day when the Soviet Union dissolved itself in a top-down decision without consulting the people.

Whoops. Now what? Silence. I know! Let's invent something! The Man from Mars? No nobody would believe that. The Hale-Bopp people waiting behind the Hale-Bopp comet? Nah, only wackos would go for that. Er...Burkina Faso? Yawn. OK got it! The Butcher in the Balkans! Yess!!

I repeat, why does the west support terrorist attacks against these same services in other countries?

I repeat, why does the west support terrorist attacks against these same services in other countries?

Serbia was bombed, civilians were murdered. Many Albanian girls ran to the Serbian lines for protection against the western-backed Albanian terrorists who were raping them, decapitating their boyfriends and selling organs on the market. The west wined and dined this human shit on Capitol Hill in the USA, while the USA's NATO allies looked on and said nothing. Today Kosovo is an internetional hell-hole, crawling with drug traffickers, criminals and organ traffickers. Perhaps those who tried to attach this cancer to Serbia should bring their families forward for their Kosovar darlings to do to them what they did to innocent Serbian families. It was and is a nightmare of the west's making.

Next was Afghanistan. NATO troops have been filmed standing guard over opium plantations. The images have been zapped from the net, just as the Rai Uno images of NATO warplanes strafing Iraqi cereals fields in the 1990s have disappeared. What has NATO managed to do in Afghanistan, apart from securing the success of the opium trade (almost suppressed under the Taliban)? Does NATO think that the Afghan people want them there?

Iraq followed. Lies were peddled and spread in international organanizations. "Saddam" was trying to "procure" yellowcake uranium from... "Nigeria". The IAEA, headed then by Mohammed el-Baradei, saw through the scam, said the claim was made on paper with the wrong heading, and anyway the country selling yellowcake was Niger, not Nigeria. Then after this the claim was made that Saddam Hussein's Ba'athist government had weapons of mass destruction, based on "wonderful foreign intelligence", namely a doctoral thesis copied and pasted from the Net and sexed up a decade later.

Up to a million people were murdered by NATO forces in Iraq. Children had their families blown away and their faces blown off.  The attack against Iraq was a travesty of international law. It contravened the UN Charter. The USA, the UK and their sickening clique of sycophants crossed the line. For now, they have not yet been prosecuted.

Next lie? Georgia, 2008. They showed us footage of Georgian rockets raining northwartds and claimed that they were Russian rockets were slamming southwards, when in fact Georgia broke the law and attacked South Ossetia, murdering Russian peacekeeping forces. A similar attack on Abkhazia was thwarted by intelligent Russian forces. Another western provocation, reported in the media as Russian aggression when it fact Russia answered with a very contained campaign and refused to humiliate Tblisi.

Libya was next. NATO committed war crime after war crime after war crime, destroying civilian structures with military hardware as was the case in Serbia, in Afghanistan, in Iraq. Once again, the lies. "Gaddafy is bombing his own people". He wasn't. NATO's reply? They bombed the electricity grid and destroyed the water supply system. War crimes. Has anyone been prosecuted?

As regards other theatres, Russia did NOT invade Ukraine - there is not a shred of evidence of this and indeed, had this been the case then Kiev would have fallen within 2 days. Russia did not annex Crimea. In the absence of any legal force, since the democratically elected President (Yanukovich) was removed in a Fascist coup in Kiev before Fascist massacres of innocent civilians were perpetrated by Ukrainian psychopaths, mass murderers and Fascists, the legal entity in power was the Legislative Assembly of Crimea which voted to hold an open, free and fair referendum in which people chose to join Russia again. It is called an election. Then they tried to pull the MH17 stunt, again blaming Russia and showing Dutch mothers crying and blaming President Putin. In fact, Russia was in no way involved in the MH 17 tragedy. If it had been, evidence would have been provided and a missile trail would have appeared and been photographed by US satellites. There was no such evidence.

Those who know the facts apply the agreements signed under the Constitution of the Soviet Union by Georgia as regards South Ossetia and Abkhazia. They apply the Constitution of the Federal Republic of Yugoslavia and of the Republic of Serbia and Covenants of International Law to the abduction, kidnapping and illegal detention of Slobodan Milosevic and the quasi-NATO-narco-state of Kosovo, which is Serbian territory and always will be.

They apply the UN Charter to Iraq, to Afghanistan, to Libya and to Syria. And then we see who has upheld international law throughout all these years and who has breached it at every turn, including committing war crimes breaching the Geneva Conventions. It is not Russia.

So as we can see, all of these recently conflicts have the hallmark of the west and none of them have the Russian fingerprint. And now that the west has been caught out lying and spreading false images and false news, spreading false accusations, all of these picked up by the social media, it once again defends itself by lying in the lowest and vilest possible form. It does this through accusations of false stories and labels of fake media outlets, denying access to social networks such as Twitter, Reddit, Facebook and so on with messages such as "your media outlet is not considered as trustworthy". By whom? By those who post pics from decades earlier in disserent countries, from those who claim Iraq posed an immediate threat to the USA and its allies, from those who claimed Gaddafy was bombing his own people?

Conclusion: Those who accuse Russia of anything are themselves highly suspicious. The people are not idiots. They can discern and they know that any smear by any western organism is a medal to be work with pride.