Generation of 1990s ready to take Russia to depopulation

Russia faces the danger of depopulation: the generation of the 1990s has entered the childbearing age. This generation is too small in size and is unlikely to ensure natural reproduction of the Russian population. Russia experienced a monstrous decline in the birth rate during the 1990s. Nowadays, the phenomenon may occur again. 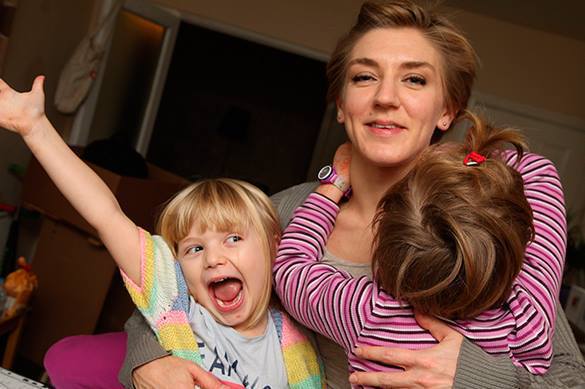 Regions of Russia, where the birth rate is lowest, have received 16 billion rubles of funds from the  federal budget. The families residing in those regions also receive financial support for third and  subsequent children. Will it save the country, though? Pravda.Ru meets scientific director of the Independent Institute for Family and Demography Affairs, Igor Beloborodov, to talk about the looming population crisis.

"Some experts believe that the depopulation problem has been solved for Russia, while others say that the country needs to prepare for the worst. What kind of demographic situation do you think Russia has at the moment?"

"Those who say that the demographic crisis in Russia will end are charlatans. They are no experts at all. In reality, the age structure in Russia will deteriorate further in 2017 and then till 2020. The number of potential parents will halve in comparison with their amount 10-15 years ago.

"One has to be a total idiot to expect the demographic crisis in Russia to end under such circumstances. Yet, those people who believe that the impending demographic crisis will be fatal are not right either. A lot will depend on what kind of policy Russia will conduct.

"It is possible to increase the birth rate for the insignificant number of parents that we have. This can be done within the period of ten years. To accomplish that, one needs to completely change television broadcasts, introduce the concept of demographic security, especially on television. What we need is a massive social family-oriented campaign. If people come across the concept of family and family values everywhere, this propaganda will bring its results. For the time being, we do not have anything like this in the country. Where can a higher birth rate come from if there is absolutely no necessary propaganda?

"The education system needs to be revised as well. Russian literature, history, social science - these subjects must carry the notion of family. One must bring the spirit of parenthood and family, love for children to younger people, and one must do it at all times.

"If the authorities think that they can simply allocate 16 billion rubles and then do nothing, then they are terribly wrong. Money is not important here. It is the spiritual condition of the society that matters. Of course, it is necessary to revive family from the inside.

"One needs to do a lot indeed. One has to revise the pension system in the country so that a person understands at their young age that their pension would depend on the number of children. This would be fair. The current pension system in Russia is falling apart, because present-day taxpayers will not be able to support the growing legion of pensioners.

"A family of five and six should be prestigious and attractive, and one should make young people think about having large families. For the time being, however, there is an opposite trend. People of limited means give birth to many children, while wealthy individuals live in large houses alone."