Official spokesman for Russian President Putin, Dmitry Peskov, stated that the United States continues its hysteria to keep the US-Russian relations on the stage of their degradation. 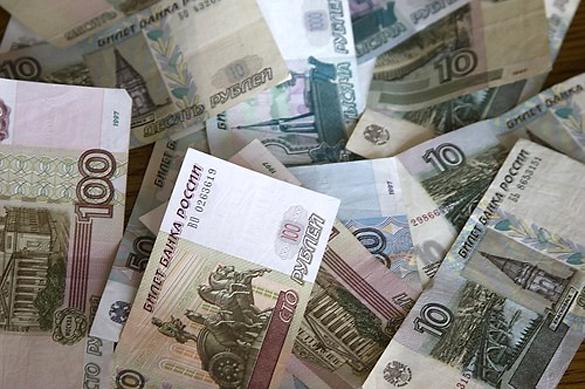 According to Peskov, the new sanctions against Russia that US senators have recently proposed, may harm not only the Russian-American relations, but also the global economy. Peskov said that negative consequences for Russia were also possible, but the country would find necessary tools to minimize risks.

"Of course, new restrictions will cause additional damage, not only to bilateral relations, but also, I think, to global economy and global energy market. There may be negative consequences for Russia, definitely," Peskov stated, RIA Novosti reports.

Vladimir Putin's spokesman also drew attention to the fact that "the Russian economy and the Russian energy sector have demonstrated stability in the last two years. "This is a very flexible and very strong system with a fair margin of security," he said.

"Without a doubt, the energy sector of the Russian economy will find appropriate compensatory measures to minimize any potential damage from such actions, should they be implemented," Peskov said. The Russian leadership would like to hope, though, that Washington will take a sober look on the situation.

Pravda.Ru wrote earlier that a group of US senators, including Democrat Ben Cardin, introduced a bill to the Senate to impose additional sanctions against Russia because of the alleged cyber attacks and Moscow's policy towards Ukraine and Georgia.

According to Cardin, the sanctions will affect the energy sector and the sovereign debt. The restrictions will be applied against the energy sector, as well as against those, who have been involved in the privatization of Russian assets, he said. In other words, the US does not want foreign investors to participate in the privatization of Russian assets. Against the backdrop of low oil prices and growing budget deficit, such measures may cause considerable damage to the Kremlin. Suffice it to recall the statement from Deputy Finance Minister Alexei Moiseyev, who said that the Russian budget in 2017-2019 was to receive 300 billion every year from privatization.

Interestingly, the Bank of America acknowledged in its December report that Russia's economy was one of the most stable economies in the world. Despite the "weak growth," indicators of Russia's budget performance and solvency remained one of the strongest, the report said.

"The Russian economy is an emerging market. From this perspective, Russia is stable, unlike, for example, China, where there is a problem of "bad debts." The devaluation of the Russian ruble has counterbalanced the fall in export revenues. This allowed to balance the budget without significant investments from outside.

"In contrast, many other countries, such as Saudi Arabia and other oil-producing countries, not to mention Venezuela, where the economic situation is terrible, have not managed to stabilize their budgets, despite significant foreign investments.

"The Russian budget stabilized because of the devaluation of the ruble that set the budget deficit on a very low level of only three or four percent. Many European countries do not have such low indicators. In early 2015, the budget deficit of Saudi Arabia was 40 percent. To finance their deficit, the Saudis had to issue bonds, even though Saudi Arabia has never resorted to such measures before for Muslim principles," economist Vladimir Rozhankovsky told Pravda.Ru.