Elections to the State Duma, completion of the political reform, success in economy, the biggest failure - experts shared their views with Pravda.Ru about main achievements in 2016. 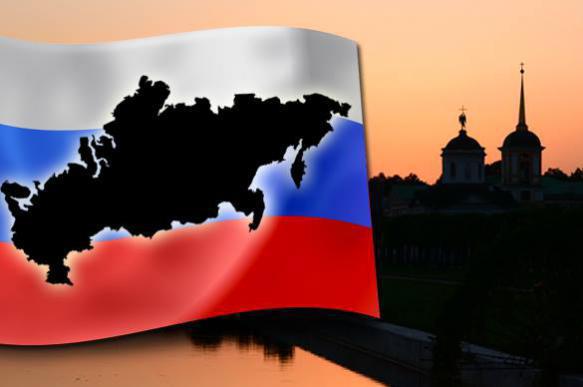 Elections to the State Duma and political reform

"This year, Russia has held elections to the State Duma, and the composition of the parliament has changed very seriously. In fact, the elections have changed the legal face of the Russian Federation on a federal level and triggered the change of regional elites too," General Director of the Center for Political Information, Alexei Mukhin told Pravda.Ru.

"The completion of the political reform that has become the result of public demand for change is one of the most important events of 2016. The elections were held on the basis of competitiveness, transparency and legitimacy.  The credibility of electoral procedures, as noted by sociologists, has increased. Two-thirds of the United Russia faction consists of new people now. In general, a half of the State Duma is "new people" now," the head of the Political Expert Group, Konstantin Kalachev, told Pravda.Ru.

"It was quite a turbulent year from the point of view of both public and non-public policy. In terms of public policy, Russia has held elections to the State Duma, which was the most significant event of our domestic policy in the outgoing year, as I think. I believe that the elections were successful; they have launched new mechanisms of the Duma elections - I mean the mixed system of elections, and the return of majoritarian districts. A new person has appeared in the political bloc of the presidential administration - Sergei Kiriyenko," first Vice-Rector of the Financial University under the Russian Federation Government, Konstantin Simonov, told Pravda.Ru.

"There were significant events outside the public sphere. I think that the event of the year at this point was the arrest of former Minister for Economic Development, Alexei Ulyukayev. It was a serious political event that served as a challenge for the whole political system, as it was the first arrest of a sitting minister in post-Soviet history," Simonov said.

"Yet, the arrest of the minister has not evolved into a full-fledged government crisis, although there was such a probability for such a development. Therefore, Russia's political system has experienced two tests this year - the elections to the State Duma and the minister's arrest," he added.

"In economic terms, Russia has demonstrated stability of institutions. President Putin stated at his recent large press conference that the socio-economic situation in Russia was improving, although it still remains tense. Russia has shown economic strength despite external pressure," Alexei Mukhin told Pravda.Ru.

"In general, it was a good year for Russia. Our political system has become more open, the inflation rate has been low, agriculture has demonstrated impressive growth and very good harvests. One may say that the period of economic stagnation is coming to an end. The Russian economy has become stronger than many skeptics thought," said Konstantin Kalachev.

"The year 2016 was also a year of apprehensions of the worst. There were apprehensions for the economic crisis to develop into a social crisis. Some feared that because of the complicated international situation, Russia would take the course to curtail democratic rights and freedoms and tighten the screws," said Konstantin Kalachev.

The failure of the year

"The non-systemic Russian opposition is perhaps the most pathetic sight of the outgoing year. The opposition has not been able to demonstrate its potential either at regional or federal elections. Of course, opposition activists accused the authorities of failure. This is a very weak position that can only make matters worse. The non-systemic opposition appears to be in a serious systemic crisis that it will not be able to overcome in the upcoming years,"   said Alexei Mukhin.

"It would seem that the crisis was supposed to give the Russian opposition a chance to take advantage of protest sentiment to win the elections to the Duma. Yet, there was no achievement made at this point. The opposition has demonstrated the absence of both charismatic leaders and ideas that would be understandable to many. In general, the opposition has showed its organizational and ideological weakness," Konstantin Kalachev said.

"I was personally not happy with this, because legislative authorities should represent the views of all citizens - not only the views of those, who share the views of the ruling party. Indeed, up to 15 percent of Russias are critical of the current course of the Russian administration. Yet, those people have no one in the State Duma to represent their views. This is the fault of our political opposition, because such parties as Yabloko and Parnas have done everything not to let their people win any elections," the expert said.