Most Russians happy with election results, despite low interest in politics

Russian people have a positive assessment of the state of affairs in the country, but they still remain worried about their future. 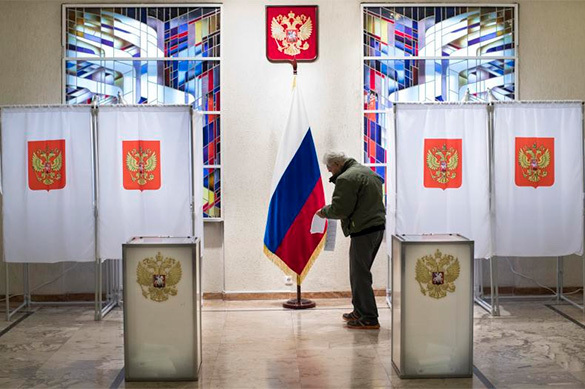 According to a recent opinion poll conducted by the All-Russian Public Opinion Research Center WCIOM, the level of positive assessments of the situation in the country has increased, but anxiety  about the future remains.

The index of social assessment reflects the opinion of Russian people about their lives and the state of affairs in the country. The index has reached a maximum level in September of 2016 in comparison with the previous months in 2016.

Negative emotions about the situation in the country have decreased as well.

The index of social assessments, developed by the Russian Public Opinion Research Center, is calculated as a difference between answers to questions about the problems that Russia currently has to deal with. The index takes into account such responses as "the problems are already behind us", "we are experiencing them now" and "the problems are still coming." The index may vary from -100 to +100 points. The higher the index value, the more optimistic people look at their future.

In the month of the elections to the State Duma (the Russian Parliament) the assessment of the overall situation in the country has changed. During this period, the index of social assessments soared from 1 point (in August) to 18 points (in September), having become the highest this year. Compared to the beginning of the year, sociologists point out even a higher increase: the number of those who positively assess the situation in Russia has grown since February  - the index has grown by 34 points. The proportion of the people who positively assess the situation in Russia has increased from 48% in August to 57% in September, while the rate of negative assessments, in turn, has decreased from 47 to 39% of those participating in the survey.

The international observation mission for the elections of the ODIHR and the OSCE Parliamentary Assembly published a statement and drew conclusions about the parliamentary vote in Russia on 18 September.

The international experts joined the statements from Russian and international observers about the openness of the elections, their competitiveness, the improvement of the Russian electoral legislation and the effective work of the Central Electoral Committee of Russia.

In particular, the mission said in a memorandum that the Central Election Commission held the State Duma elections in an open way.

According to international observers, the Russian legal framework is comprehensive and can serve as an acceptable basis for elections. They also noted that since the elections to the State Duma in 2011, the electoral system in Russia has transformed from a proportional to a mixed one, while the percentage threshold for parliament entry has been lowered.

Interestingly, Levada-Center said that 65% of Russians did not know or were "slightly familiar" with what parties would be represented at the State Duma. Only a third of respondents gave a positive answer to the question of which parties would be present in the parliament. Spokespeople for the Communist Party and the Liberal Democratic Party said that this knowledge reflected people's low interest in politics that had already led to a drop in turnout at the elections. Yet, representatives for United Russia said that "this is normal information for a normal country."

Former State Duma deputy from the United Russia, adviser to the secretary of the General Council of the party, Alexander Hinstein, said that "this is normal data for a normal country." "If you conduct a survey in Europe or the US, the results will be more or less the same," Mr. Hinstein said.

However, the question about the percentage of support that the parties have won raises even more difficulties. Thirty percent of respondents admit they did not know the answer, 44% said they knew an approximate answer, and only 26% believe that they know it for certain.

In fact, WCIOM concluded as a result of its survey that 30% of respondents were convinced that the elections were conducted honestly, while 18% say that minimal violations could be possible.  As a result, 61 percent of the polled said that they were satisfied with how the elections to the State Duma went.