Observers from Ukraine and USA to monitor elections in Russia 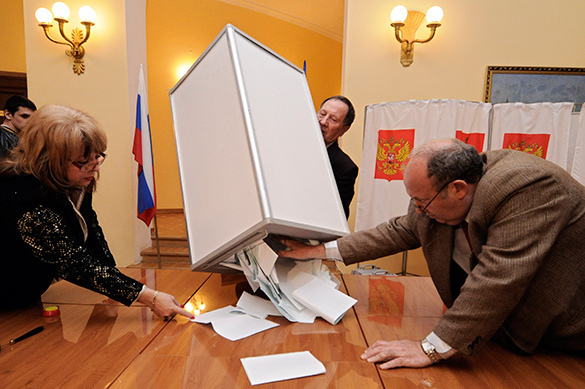 According to the chairperson of the Central Electoral Commission of the Russian Federation, Ella Pamfilova, no less than 500 people are expected to arrive in Russia as part of the OSCE Mission Office for Democratic Institutions and Human Rights (ODIHR). Eighty of them will be so-called long-term observers, while 420 - short-term observers, who arrive just before the elections.

Noteworthy, first groups of foreign observers have already arrived in Russia. The head of the mission is former Norwegian Minister for Foreign Affairs,  Jan Petersen. He already announced that representatives of the mission would not travel to the Crimea.

The OSCE ODIHR mission constantly participates in the observation of elections to the State Duma of the Russian Federation. Russia's relations with observers from this organization are not problem-free.

However, Russia does not intend to refuse from the cooperation. The mission will continue working at this year's elections as well.

Several American independent observers have also confirmed their interest in observing the elections in Russia.

"We anticipate that we will have 40 long-term observers, they are getting started  already - there will be around 200 observers from the CIS," said Garkun.

"As for the participation of observers from other countries, I do not see any problems if they come and observe our elections. We would only like to wish them objectivity in their work. We do not have a goal to conceal or hide anything - neither the state, nor the organizers of the elections. The civil society is interested in communication, including with our colleagues from abroad, regardless of where they come from," member of the Presidential Council for Human Rights and the Development of Civil Society, Igor Borisov told Pravda.Ru.

"In this sense, I do not see anything wrong if representatives of the United States or Ukraine come to Russia to monitor elections. Moreover, it is objective reality that both the USA and Ukraine, as sovereign states, take part in our election process, and it is important for them to cooperate with us and build relations with Russia in the near future," said the expert.