What kind of Russia does the West want?

It appears that the whole Western world has teamed up against Russia. What is the ultimate purpose of the ongoing anti-Russian campaign that the West is running? What kind of Russia does the West want? How can Russia respond to Western aggression? What is the essence of Trans-Atlanticism? Why is this project doomed? Pravda.Ru asked these questions to President of the Russian Association of Baltic Studies, Nikolay Mezhevich. 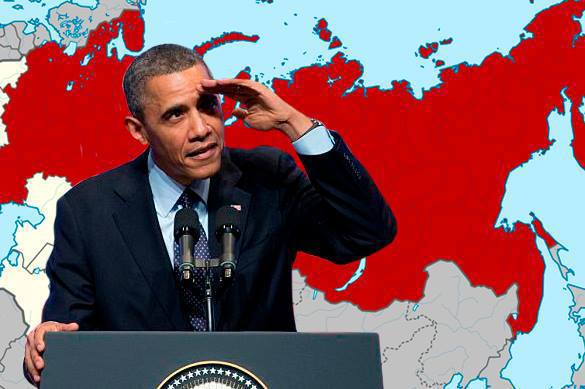 "A recent report from Russia's Council for Foreign Defense Policy, called "Strategy for Russia. Russian Foreign Policy: late 2010 - early 2020" says that Russian diplomacy does everything right in terms of foreign policy. Has Russia won the fight?"

"The report gives a positive and successful assessment to Russia's current foreign policy. Unlike our opponents, who do not want just to win - they want to win with a shutout."

"Do you think that everything is ok and Russia needs some more patience?"

"I would not say that everything is ok. Russia has been suffering from immense pressure lately. The scale of this pressure from the West can be comparable to attempts to break the Soviet Union during the 1920s. Yet, there is a difference. The pressure is the same, but there is no Soviet Russia. Our opponents were surprised to discover backlash of their pressure.

"It turns out that the worse the West treats Russia, the more reason Russia has to rethink its foreign policy and its place in the world. Russia does not claim for American domination, nor does it want to aspire to China's super goals.

"Yet, this is not what the "enlightened" Europe and the USA offer either. They want Russia to become a country like Poland, and we have to beg for this status. Russia will never agree to accept such terms."

"Are there any reasonable forces in Europe that can intercept power in the West?"

"There are such forces there indeed, and they will continue developing as the crisis inside Europe continues deepening. Europe had been developing beautifully for decades. Europe was a role model for the whole world. Yet, nothing lasts forever. Development changes to decline, and this is where we can see today's Europe. Europe has been losing its identity in all possible aspects. Economically, Europe moves towards the Atlantic partnership. There are no such people as De Gaulle or Adenauer."

"The report also says that globalization has become multidirectional. What does it mean?"

"This is absolutely correct. Ulrich Beck wrote about twenty years ago that generalization was an inevitable sign of globalization. Now we see the United States taking pieces of the European pie through the Trans-Pacific Partnership and juxtapose a big part of Asia to China. Asian people understand, though, that China, when driven into a difficult position, is capable of taking actions that will question the idea of ​​American leadership per se. Even USA's closest Asian ally, Japan, does not need to be at bad terms with China.

"Europe tries to get away from the idea of ​​Atlantic partnership in its original form. Globalization changes, but all economic unions remain."

"Do you think it can be possible to change the ruling elites in EU countries, or at least their viewpoint?"

"If we take Estonia, Latvia and Lithuania - this is hopeless. If we take Germany and France, there is a hope. In today's Germany, the coalition under Merkel's leadership has been losing people's support. Germany's traditional parties do not see a way out of the crisis. Where is Germany's independence in foreign policy? Germany is a rich and prosperous country, but the Germans need stability and predictability in all matters, including migration. The question is, whose house Europe is today. What model of economic development will Europe build? If Europe accepts the Transatlantic model, the European community will have no industry other than tourism. There will be no need in Airbus, for example, in case of the Transatlantic partnership Boeing will become the absolute leader in the world in its industry."

"Russia is ready to integrate with the European Union on conditions of equal partnership. Europe has been expanding and deepening integration for decades now: single passport, single currency. These two processes are difficult to digest together. When Finland and Austria joined the EU, one could understand that, because they are strong and developed countries. However, when the EU accepted poor countries such as Romania and Bulgaria simply for ideological reasons, EU's average wealth indicators started going down. It is only Poland that can say it started living better after becoming a EU member.

"Russia's prime goal at this point is to never return to Soviet times. Today's Russia is not the Soviet Union. Russia is a global member that can never be isolated."