The US has proudly opened its Aegis Ashore stationary complex in Romania in May 2016. The same month in Poland, a ceremony was conducted to lay the first brick in the construction of a similar missile defense complex in the village of Redzikowo. As we can see, NATO is deploying rapid reaction forces in Eastern Europe. Do these measures pose a threat to Russia? Pravda.Ru asked this question to Vladimir Kozin, an expert on nuclear disarmament at RISI. 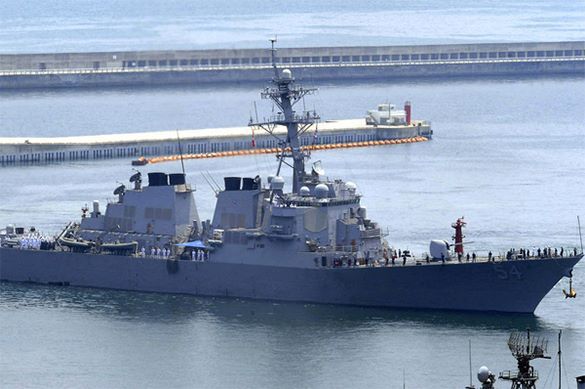 The deployment of a rapid reaction force in Europe

"We have heard quite a number of news reports about NATO's activities near Russian borders lately - in the Baltic States, in Romania and Poland. NATO has been deploying rapid reaction forces in Europe, the commander of NATO forces in Europe has been replaced too. Is it too dangerous for Russia?"

"Indeed, on May 12, the Americans opened a missile defense complex in Romania. The complex is a threat to Russia just because this is not only a defensive system. It also has interceptor missiles there that can intercept ICBMs during flight. The complex is outfitted with universal silos. There will be 24 of these cells on each of these systems - in Romania and then in Poland. Those silos can be used for launching not only defensive, but also offensive weapons, such as land-based cruise missiles that the Americans will build within the scope of the Prompt Global Strike. It goes about hypersonic, high-precision and high-speed missiles, both nuclear-capable and conventional ones.

Also read: Can Russia destroy US missile defenses in Europe?
"The United States will launch the two complexes of its missile defense system in Romania and Poland unless countermeasures are taken in response.

"At the 2012 NATO summit in Chicago, the so-called Chicago Triad was created to unite missile defenses, nuclear weapons and conventional weapons. The installation of interceptor missiles and offensive weapons violates the agreement on the elimination of intermediate and short-range missiles that the Soviet Union signed with the United States in 1987. One of such violations is the use of ground-based Tomahawk cruise missiles that the agreement prohibits. The treaty does not bar sea-based weapons, though. Secondly, the Americans violate this very important agreement when they check the effectiveness of their anti-missile system. Therefore, all this poses a big threat to Russia's  national defense interests.

"In 2011, the Americans started sending their destroyers and cruisers to the seas that wash Europe and the European part of the Russian Federation. These are the regions of the Baltic, the Black Sea and the Barents Sea. The Americans called their system Aegis. This combat information and control system has interceptor missiles and radar stations.

"For the time being, the Americans have installed this system on 33 warships between the Atlantic and Pacific oceans. By 2041, when they finish their current program, they will have up to 96 such ships. This is about a third of the fighting strength of the US Navy - 27 percent. Thus, there is a  very powerful missile defense system being created around us."

No thermonuclear war between Russia and USA can be possible

"What does Russia need to do?"

"Last but not least, one should eliminate the operation of NATO Air Force Baltic Air Policing. Three leading nuclear powers - the United States, Britain and France - have been taking part in this operation since 2004. They use bases in Lithuania, Estonia and Latvia  - they are very close to St. Petersburg and Moscow. Why are they creating a nuclear bridgehead next to Russia? We should ask this question to the international community."