Russia must save the West from totalitarianism

Strangely enough, many Western policy-makers become "enlightened" and suddenly admit the falsity of their statements about Russia as soon as they retire. 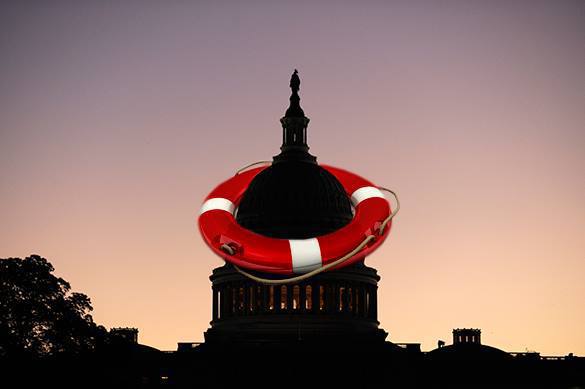 The most recent example is the statement from federal judge Shira A. Scheindlin about her sentence against Russian citizen Viktor Bout in 2012. According to Scheindlin, 25 years in prison, to which she sentenced the Russian, was too much strict a sentence, The New York Times wrote. It is worthy of note that the judge had resigned before she made the above-mentioned statement.

We can recall other examples. For example, the head of French intelligence, General Christophe Gomart, stated that the Russian army had not invaded and did not plan to invade Ukraine. Former US President Jimmy Carter said that the return of the Crimea to Russia was inevitable against the backdrop of the circumstances of the Ukrainian crisis. It is highly unlikely that Carter would dare to make such a statement, if he served as the current President of the United States.

This behavior of politicians and officials shows that one of their work duties is to lie, writer Anatoly Wasserman said in an interview with Pravda.Ru. As they retire, they try to whitewash their reputation.

All this must be taken into account not to expect an opportunity to come to an agreement with Wester officials, Wasserman believes. It would be more correct to address common people of Western countries to show the false nature of their leaders to them.

"We must try to show the truth to ordinary citizens in the first place. We must show them what is really happening and what long-term effects may come from what appears to be absolutely acceptable and even beneficial to them," Anatoly Wasserman said in an interview with Pravda.Ru.

The population of Western countries still benefits by following the advice of their leaders, the expert said. It is important to explain to them what losses these benefits may entail tomorrow. "If they see how dangerous their own actions can be, then one can hope that they will reject the lies and step on the path of truth in their own interests."

According to Anatoly Wasserman, the Americans raised their economy on slave labor before launching the global campaign not to call blacks 'blacks.'

The expert added that in the Western society, especially in the Anglo-Saxon part of it, the pressure of public opinion is much stronger than in the Russian society. "Even in Russian provinces, where people traditionally dislike everything that is not traditional, people are more tolerant to other people's conduct. In European cities, intolerance has reached even most remote neighborhoods. "Many Russians, who have moved to the West in a hope to find tolerance and freedom, acknowledge that they come across absolutely the opposite. Therefore, all the stories about the totalitarian Russia display another attempt of the West to lay their own fault to somebody else's door."