Sanctions against Putin? Sounds like a good old Soviet joke

On March 9, it was reported that members of the European Parliament sent a letter to the European Commission, in which they asked to impose sanctions on Russian President Vladimir Putin and 28 other people for keeping Ukrainian pilot Nadezhda Savchenko in custody in Russia. 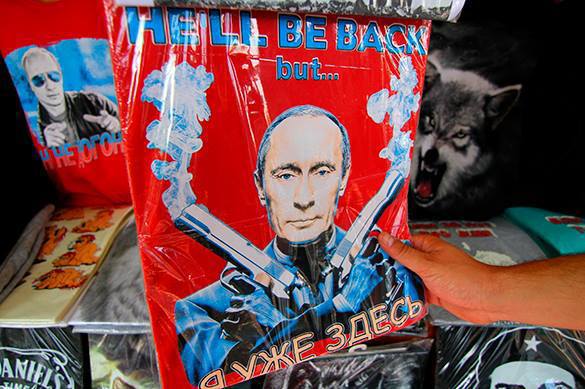 Political analyst at CIS-EMO international monitoring organization Stanislav Byshok told Pravda.Ru, that reports about sanctions against Putin sound like a joke from Europe.

"This reminds me of a joke that we had in Soviet times. When the West would accuse the USSR of violating human rights, the Soviet Union would say that "they lynch blacks in the West." Now we can see something like this happening in relation to Russia and the West. No matter what Russia may do, the West comes up with Savchenko, late Boris Nemtsov, the Crimea referendum, the support for Donetsk and Luhansk and so on."

It should also be understood that the idea of personal sanctions against Putin was initiated by the group of 60 officials, while the European Parliament has 750 members.

"If we look at the officials in the group, we will see there the people who have long been known as ardent Russophobes, - the expert said. - For example, former Belgian Prime Minister Guy Verhofstadt and representative of Poland, Vice-President of the European People's Party Saryusz-Wolski. Their initiative is not likely to win support at the European Parliament, but these people still take the Russophobic position."

According to the expert, the European Parliament is an amorphous structure, where any MP can say anything. Even if this statement has no power whatsoever, it will receive public attention to be broadcast as the position of the European Parliament. "All this is nothing buy their personal opinion. In Russia, for example, the LDPR faction in the State Duma may promote sanctions against US President Obama. All will laugh, the sanctions will not be approved, but the Liberal Democratic Party will get publicity," Stanislav Byshok told Pravda.Ru.

Europe has had a much bigger fight with Russia than was originally planned because of such "initiatives." "These people do not decide anything. This is their job to dislike Russia," the expert concluded.

"This group of European MPs serves the interests of their countries. Neither Poland nor Belgium are interested in ruining their ties with Russia even more. When Hungarian Prime Minister Orban says that Europe needs to lift sanctions against Russia, these people will speak of the opposite. Sanctions against Putin? This is nonsense - no one will ever sanction the head of state," the expert told Pravda.Ru.