Putin not going to APEC summit in Philippines. PM Medvedev will go instead

Russian President Vladimir Putin will not attend the APEC summit that will take place on November  17-18 in the Philippines, RBC reports. Prime Minister Dmitry Medvedev will go to the summit instead. The reason for the decision has not been specified. 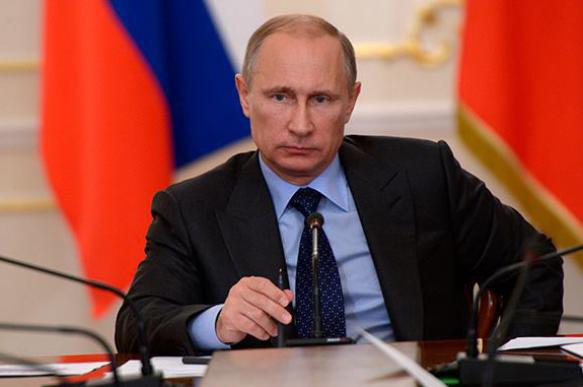 President Putin will go to Turkey for the G20 summit on November 15-16. Originally, it was planned that Putin would visit one of Russian regions on November 17 before going to the Philippines on November 17-18.

Putin's official spokesman Dmitry Peskov confirmed the change in the Russian delegation for the APEC summit. "The Prime Minister had planned additional contacts and visits in Southeast Asia. In this regard, to optimize the schedules of the top administration of the country, the president made such a decision. The president and the prime minister do not need to fly that far with a difference of just a day or two," said Peskov.

"A part of bilateral meetings will be compensated with telephone conversations. Some other meetings have not yet been agreed, so there will not be any shortcomings here," the head of the Kremlin press service said.

According to Peskov, it was the president himself who made the decision, and it was in no way connected with the agenda of Russian-American relations.

"No, this is completely wrong. This is an assessment that shows the lack of understanding of the essence of Russia's policy in the Asia-Pacific region. This is an independent dimension of the foreign policy of the Russian Federation that is in no way associated with bilateral relations with the United States," Peskov said.

Peskov also rejected the assumption that Prime Minister Dmitry Medvedev would chair the Russian delegation at the APEC summit just because Medvedev had a more friendly relationship with US President Barack Obama.

US President Barack Obama will take part in the G20 summit as well. Putin and Obama may thus meet during the summit in Turkey.

Earlier, White House Josh Earnest said that Putin and Obama may indeed have discussions at the G20 summit.