Russia does not encourage parasitical system of unemployment support

What is happening on the Russian market today against the backdrop of the weaker ruble and sanctions? What is the real level of unemployment in today's Russia? How will the economic situation in Russia develop further? Pravda.Ru asked these questions to Director of the Institute of Actual Economics, Nikita Isayev. 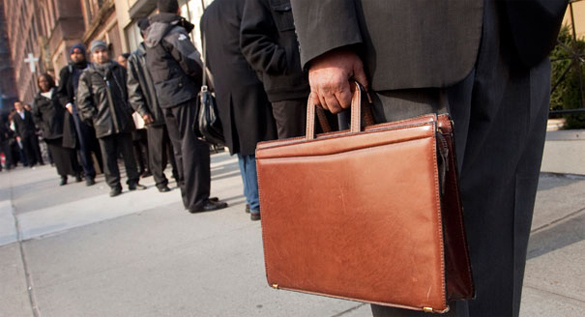 "What is the real level of unemployment in Russia? The data ranges from 5 to 20 percent."

"Since the beginning of the economic crisis, the unemployment rate has not changed much. An economic crisis stipulates for a drop in living standards. This is reflected in major macroeconomic indicators: the decline in GDP, purchasing capacity, inflation, stagflation and other indicators, including unemployment.

"However, during the in 2014-2015, the unemployment rate has not changed. It was  4.8 percent prior to the crisis and about 5.4 percent today, as the Russian Statistics agency (Rosstat) says. Many remember the year 1991, when unemployment in Russia was 13.5 percent. In 1998, it was about 12 percent. By 2009-2010, the  unemployment rate has reached the level of 10.5 percent, and now it is 5.4 percent. This is not just the lowest rate for all economic crises that Russia has seen, but it is much better than in the world and even better than in the United States of America.

"Is this officially registered unemployment?"

"Yes, it is. These numbers are calculated on the basis of how many people come to employment agencies. The average amount of social assistance, or welfare, for the unemployed in the United States, ranges from 400 to 600 dollars. In Germany, this amount makes up about 450 euros. In Russia, the maximum rate of the local benefit is 4,900 rubles, which is about $60-70. Clearly, one can not live for this money. The government believes that the parasitical system should not be expanded. The government tries to encourage people to look for jobs. Yet, it does not solve the current problems in the country. The current state of affairs in Russia is catastrophic. Default in the corporate sector is snowballing this year. Many employers will face huge losses later this year. The situation in the financial sector has been worsening, banks have no real possibility in crediting, therefore they do not need to keep so many employees.

In the summer of 2015, the budget of Russia was formed on the basis of macroeconomic forecasts. Many believed that the price of oil will increase to $65 per barrel, and the ruble will rise to 45-50 rubles per dollar. Yet, oil prices and the ruble rate have been decreasing."

"What is the percentage of the real unemployment rate today?"

"It is different across the country. In Moscow , it is 1.5 per cent, but it is worse in regions. The whole system works to suck the money out of regions to send it to Moscow before distributing it between priority sectors. In Russian regions, unemployment reaches ten percent. Unemployment is the weakest in the oil and gas sector, because this is the driving force of the Russian economy. In the service sector, the official unemployment rate reaches 15-20 percent. In the financial sector - 10-12 percent. I would estimate the real unemployment in all sectors is 35-40 percent, given that our working population is about 78 million people.