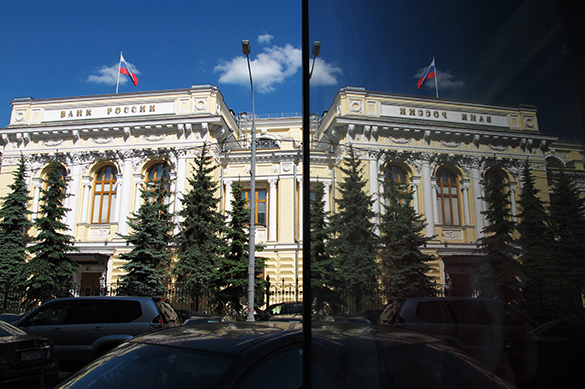 "What is the key role of the key rate of the Russian Central Bank of Russia?"

"The key rate is the basic parameter that differentiates the types of countries on their economic system. All countries of the world can be divided into two groups at this point: they are the countries with high and low interest rates. The group of countries with low key rates includes about 40 countries: all European countries, the USA, England, Japan. Let's imagine that you are an investor in Russia. If you have access to foreign money, you raise this money at the interest rate of four percent. If you work with Russian money, you raise this money at 15-20 percent. Of course, you will not go to the Russian bank system for 20 percent - you will go to a foreign bank for four percent. This is where foreign investment comes from."

Alexander Razuvaev: "Actually, that's not true. There is a factor called the currency risk. If you raise a loan in foreign currency, there is always a risk that the exchange rate may change, and if it does, you will suffer huge losses and even bankruptcy."

"Does it mean that the policy of the state related to the key interest rate is an anti-national policy?"

Fyodorov: "It's not only in Russia. The situation is the same in all countries with high interest rates. The people who set them work for foreign economies. Who do you think the Americans print their money for? They print it for these countries."

Razuvaev: "Well, first of all, the Americans increase the money supply to support the national stock market, on which consumer confidence depends. When the stock market rises, consumers become richer, they spend more, and their domestic demand moves their economies. They do not care much about all other countries. Yet, everyone should realize that raising cheap interest loans from other countries stipulates serious currency risks. If the rate changes, your four or five percent may instantly change to 50.

"The Central Bank lends to banks, this is correct, but interest rates in an economy are directly related to inflation, because the main assets of banks are the money of people and companies. If you have an inflation rate of ten percent a year, then, roughly speaking, the interest rate on deposits should be ten percent a year, the key rate - 15 percent, the credit rating will be even higher. Moreover, developing business only with the help of loans is a very risky credit policy.

There is also the bond market, and most importantly - the equity market. When they say that the rate in Russia is too high, this is nothing but an element of lobbyism. Instead of raising the profitability of their capital and assets, borrowers say that they need a cheaper rate. In such cases, business wants to solve their problems at the expense of the population."

"In December 2014, the key rate skyrocketed from 6.5 to 17 percent. Afterwards, prices in stores started rising as well. What was behind the decision to raise the interest rate?"

Fyodorov: "At some point in 2014, the Central Bank committed an act of treason and refused to perform its constitutional duties to support the ruble. There were no material grounds to break the law. The bank had huge reserves, but it said that it did not want to lose currency reserves. At that moment, inflation in Russia was on the level of six percent.

"As soon as our Central Bank raised the key rate, it automatically pulled the inflation rate under the current interest too. We must bear in mind the following: at the beginning of this year, the money supply of the Russian economy amounted to 15 trillion rubles, of which foreign loans and investments made up $700 billion. The ruble accounted only for a quarter of the financial turnover. As a result, by the end of 2014, we had an economy, three-quarters of which was taken by foreign currency. This was the main reason for inflation to surge."

Razuvaev: "Last summer, it was already clear that oil prices would go down, and the country would face capital outflow. Imposing sanctions is always bad advertising for any country. The Russian stock market reacted negatively that the news. The Russian stock market is a branch of Wall Street today. I think that Mr. Medvedev sincerely believed some of our economists, who said that the cheaper ruble would support the real sector of economy. As a result, they left control of the situation.

"I do not agree with an opinion that the rate of the Central Bank was the reason for higher inflation. The inflation started growing after the devaluation of the ruble. Imports became more expensive, and the velocity of money increased dramatically. Everyone was trying to spend their rubles - there was an element of panic. In this situation, I believe the actions of the Central Bank were completely justified."

Fyodorov: "Take a look at China. In 2013, the inflation rate in China was 9.5 percent, that the key rate was nine percent. A year later, they artificially lowered the rate to 2.5 percent and automatically pulled the inflation rate to 2.5 percent as well. When you have a low rate relative to other currencies, you replace them with your national currency: the yuan, ruble, etc and automatically build a huge demand for your national currency instead of foreign one. As a result, you control 100 percent of the country, not just three quarters of it. You will automatically receive demand for the ruble, inflation will go down. If we have ruble instead of foreign investments and loans, the process of crediting will move from foreign to Russian banks. This will give a huge investment in the country's economy. Printing rubles instead of dollars is called the quantitative easing policy. This is a common policy in the countries with low key rates. the Europeans print 60 billion euros weekly to support their economy."