Russia turns to the East, away from stagnant Europe

How can Russia take advantage of its turn to the East? Will the Far East of Russia see a new reality? How can Russia attract investment to the region from the Asia-Pacific region? Pravda.Ru editor-in-chief Inna Novikova spoke about the subject with Acting Governor of the Jewish Autonomous Region, Alexander Levinthal. 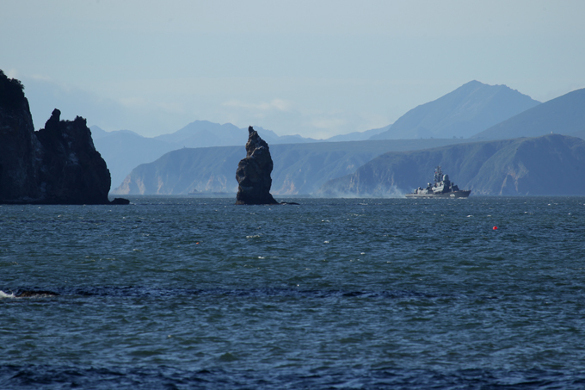 "It appears that Russia has firmly decided to pay close attention to the Asia-Pacific region. What role will the Far East of Russia play at this point?"

"Today, Russia has a whole department for the Far East - the Ministry for the Affairs of the Far East. Few people know that the Far Eastern Federal District accounts for 36 per cent of the territory of our country. It is generally believed that the Far East stands for Vladivostok, Khabarovsk, Sakhalin and Kamchatka. Yet, the region also includes the Yakutia republic. The region is strategically important for Russia not just because of the size. This region is a gateway to the Asia-Pacific region. The latter, in turn, determined the vector of the modern economic development of the whole world.

"Everyone can see what is happening in the economies of Western Europe. Their growth is zero. Russia will have the same if it sticks to European partners only. Now look at the countries of the Asia-Pacific region. They have five-seven percent of economic growth. Chinese economy grows by seven percent. Russia's goal is to leave Europe behind and reach a qualitative new level of economic development. Russia is not Portugal or Spain - Russia is a global state that has an immense potential of human and natural resources that it can not handle properly. The Asia-Pacific region is like a high-speed train that has already left the train station. We need to catch up with it. Time does not wait.

"Peter the Great opened a window to Europe, but he also established ties with Japan and China. Yet, the Western vector of development has always been dominant for Russia. Today, the situation is changing. If Russia does not turn to the Asia-Pacific region, it will remain a secondary economic power. If we cooperate closely with the Asia-Pacific region, Russia's future will look a lot more promising.

During the 1960s and the 1970s, we were too busy building oil and gas pipelines to the West, to Europe. Russia has turned into a one-legged giant. Today, we have Ukraine cutting traditional gas routes to Europe. Russia can find itself in a dramatic situation very quickly. If Russia had its second leg in the Asia-Pacific region, we would be much more stable now. Fortunately, now the situation has moved forward, and Russia has started to diversify its supplies."

"The Chinese are masters in defending their interests, especially economic ones."

"No doubt about that - negotiating with the Chinese can be more difficult than with the Europeans. China is a great power that strictly pursues its own economic policy. Yet, China has opted for Russia in the choice of its strategic partner, and Russia must take advantage of this chance. "

"What about the creation of the favorable investment climate in Russia's Far East? Doeв Russia do anything about it to attract Asian investors?"

"There is a myth in the minds of many Russians that the Russian Far East is one of the richest territories in the world, for which anyone would be willing to come. Indeed, this region is very rich with timber materials. The conditions of the Russian timber market in the Far East do not seem profitable to Japan. Japan used to be pour partner there, but then they turned to New Zealand. Russia needs to correct its mistakes, taking into consideration the fact that Japan is willing to cooperate with Russia.

"As for China, Russia's relations with China can be described as perfect in political terms. We have no territorial, political or economic claims to each other. The Chinese are ready to march along with Russia, but the question remains about the creation of the investment climate. Unfortunately, we do not have it in the Far East yet. This is the reason why there is no serious investment coming from China, Japan or the USA. There are large projects in Sakhalin, but they have nothing to do with the investment climate condition."

"One of our guests, an expert for China, told us once that some 20-30 years ago, there were leaflets in all Chinese cafes and restaurants, where foreigners would drop by, encouraging to invest in China."

"That was a publicity stunt. It was a clear government policy that worked. The country's leadership outlined a strategic course, and the country began moving on the chosen path, guided by the Chinese philosophy of doing everything smoothly."